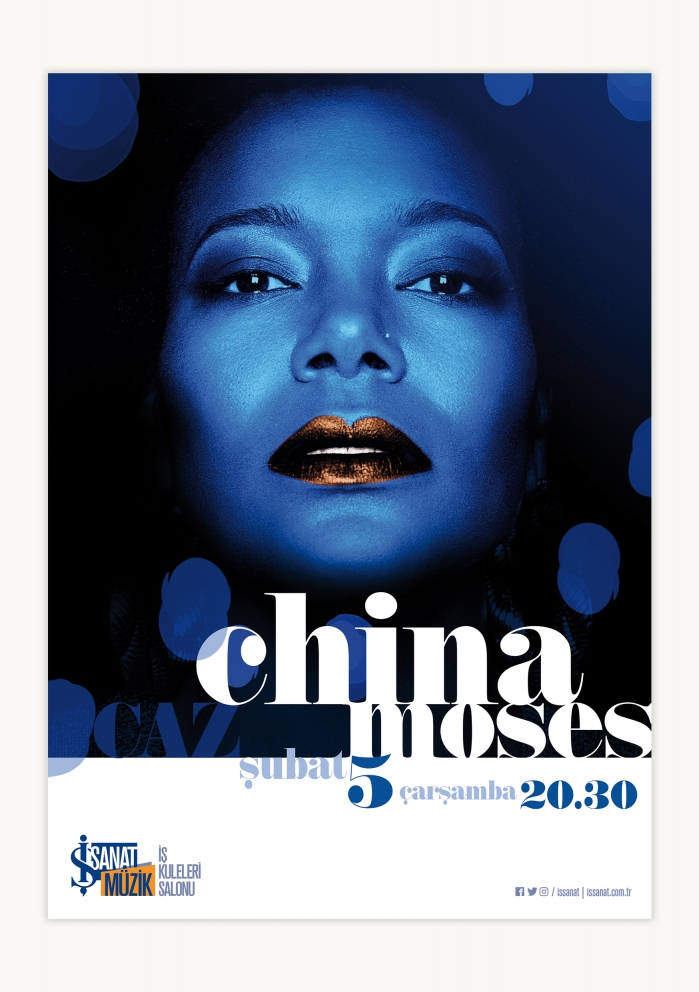 Described as a woman of the new millennium, China Moses is a vocalist, songwriter, music producer, television and radio host- known best for her 2012 album: “Crazy Blues”. This design project was for her concert at the Is Sanat Concert Hall in Istanbul, Turkey. The keyart for the event captures her power and celebrates her presence as a driving force in carrying the Jazz archetype into a new age.