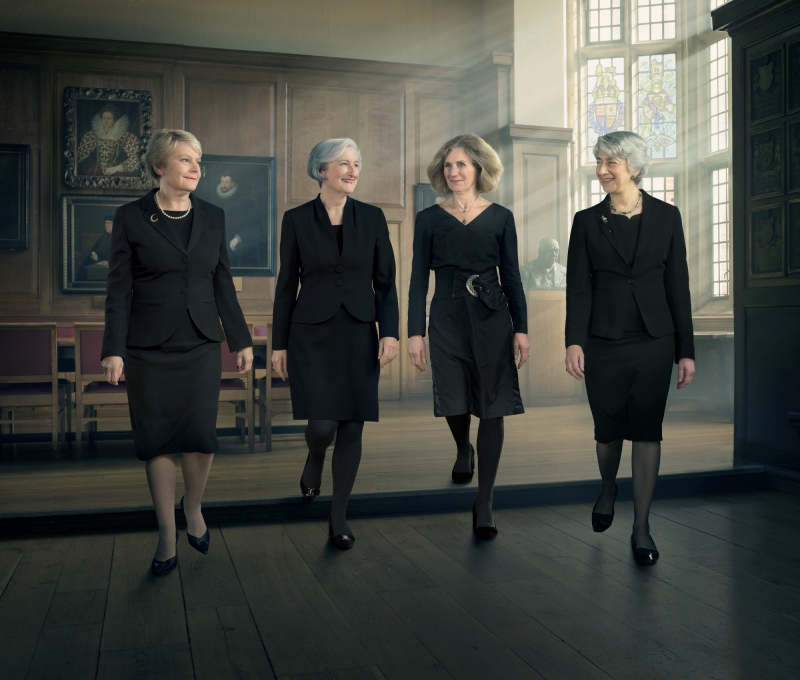 Lady Justices Sarah Asplin, Nicola Davies, Anne Rafferty and Vivien Rose, Benchers of Gray’s Inn. Gray’s Inn commissioned a portrait of the four Lady Justices of Appeal who are members of the Governing Body of the Inn. It was highly unusual that four of the eight female Justices of the Court of Appeal should come from one Inn, and Gray’s Inn wanted to celebrate that fact, especially as 2020 fell around the centenary of the Sex Disqualification (Removal) Act 1919, which received Royal Assent on 23 December 1919, and so allowed women to become barristers.?

Bio Jonathan Knowles is one of the leading advertising photographers of his generation. Specialising in still life, Jonathan’s unique photographic style and lighting technique has earned him award-winning advertising commissions worldwide.