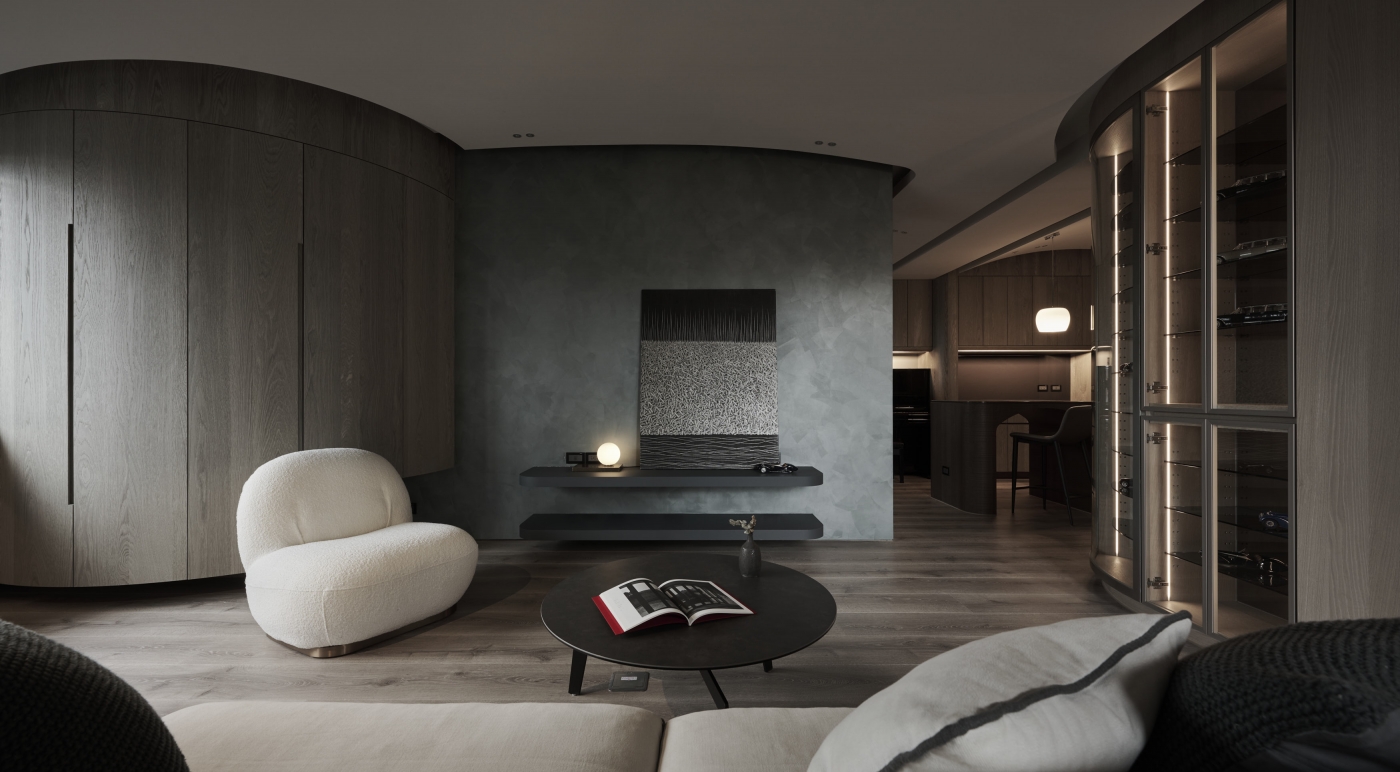 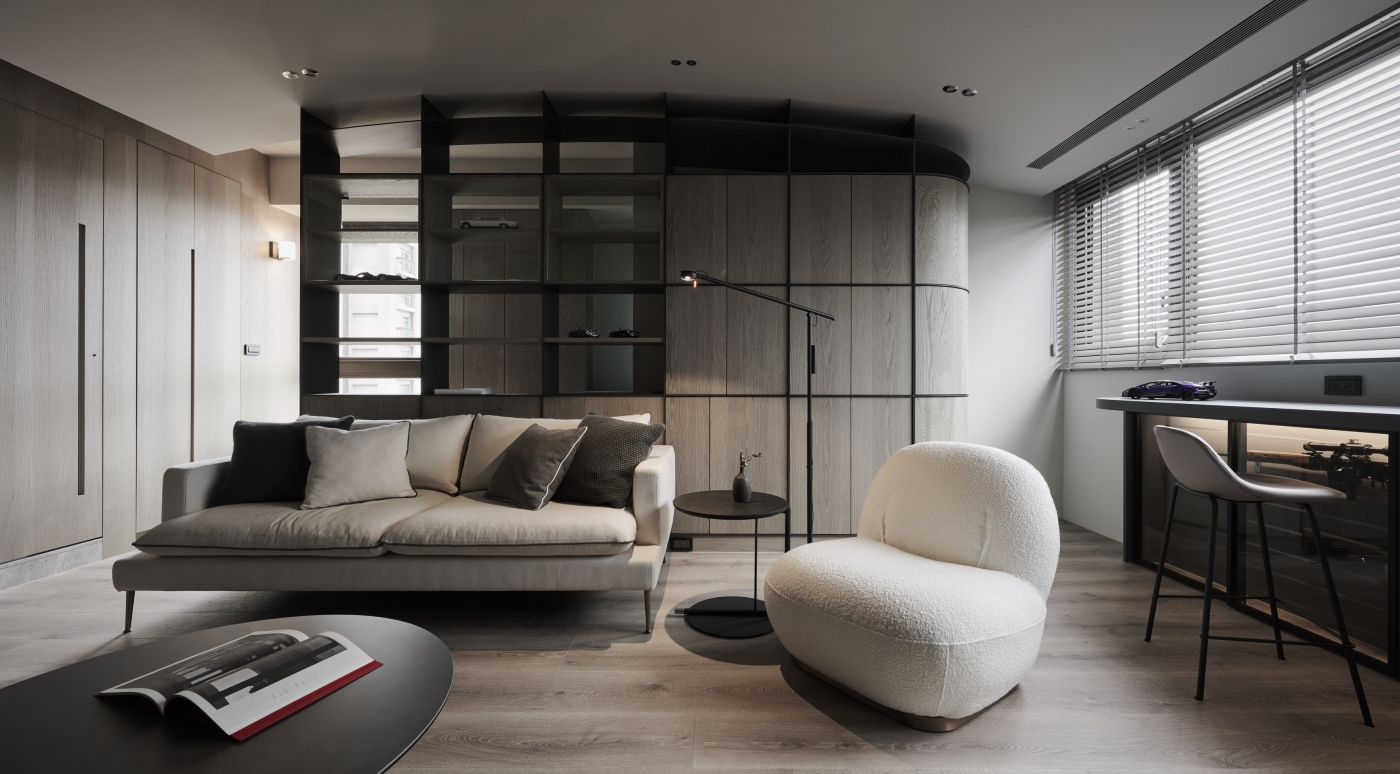 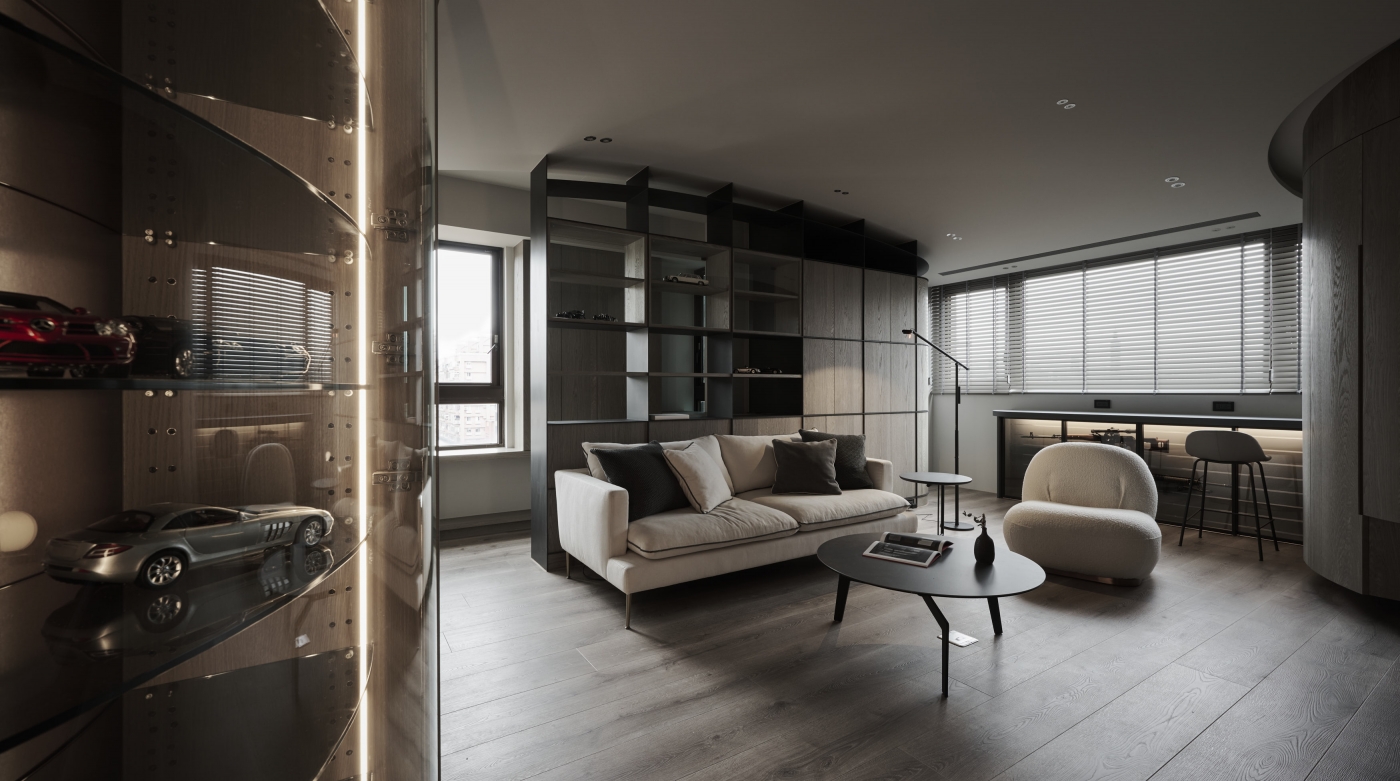 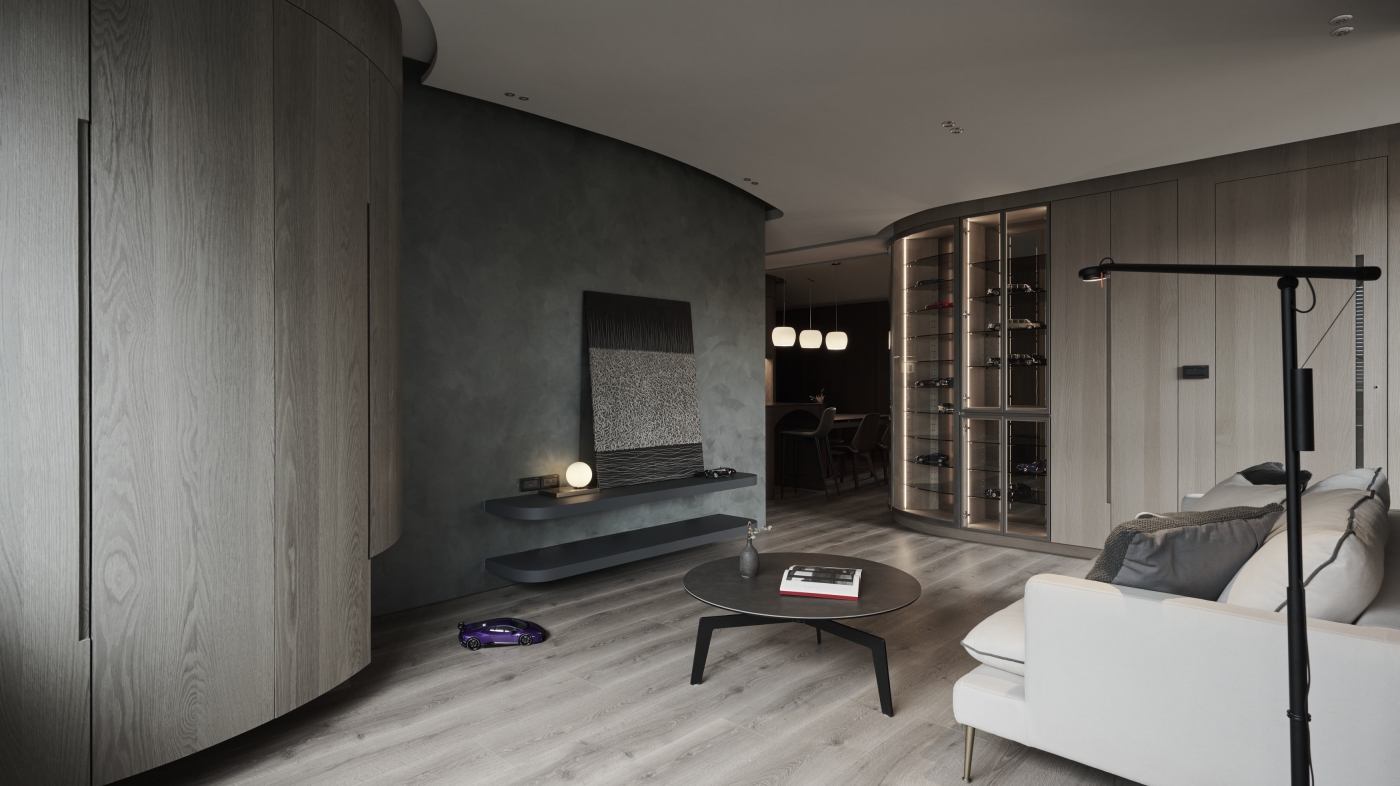 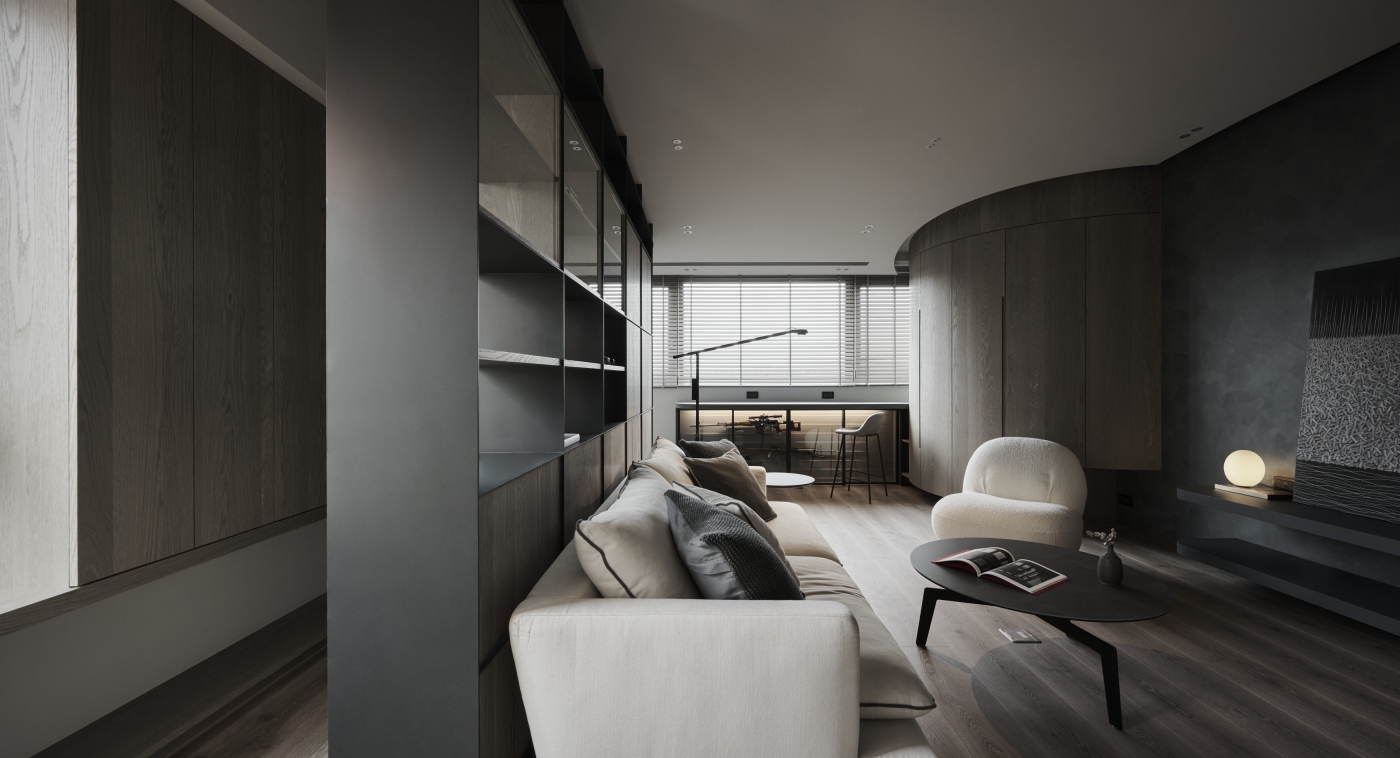 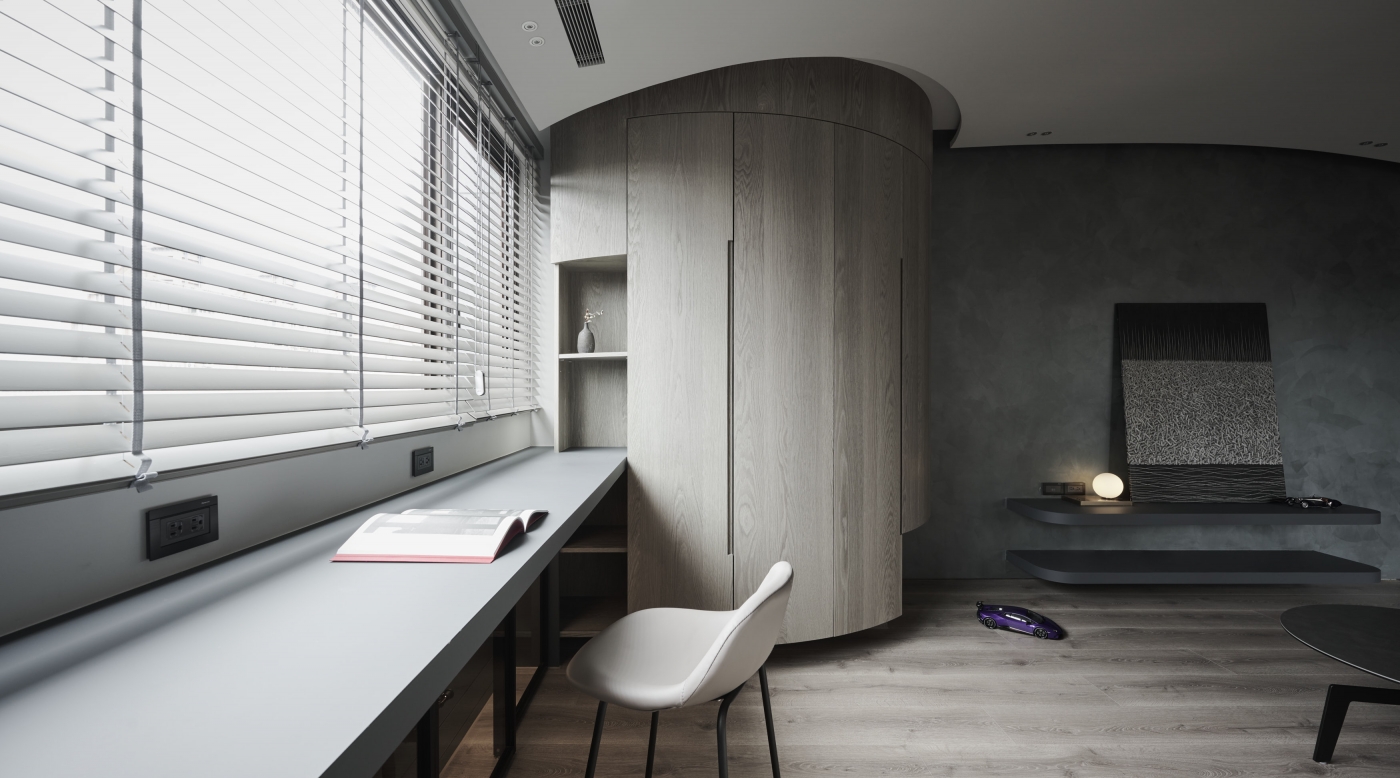 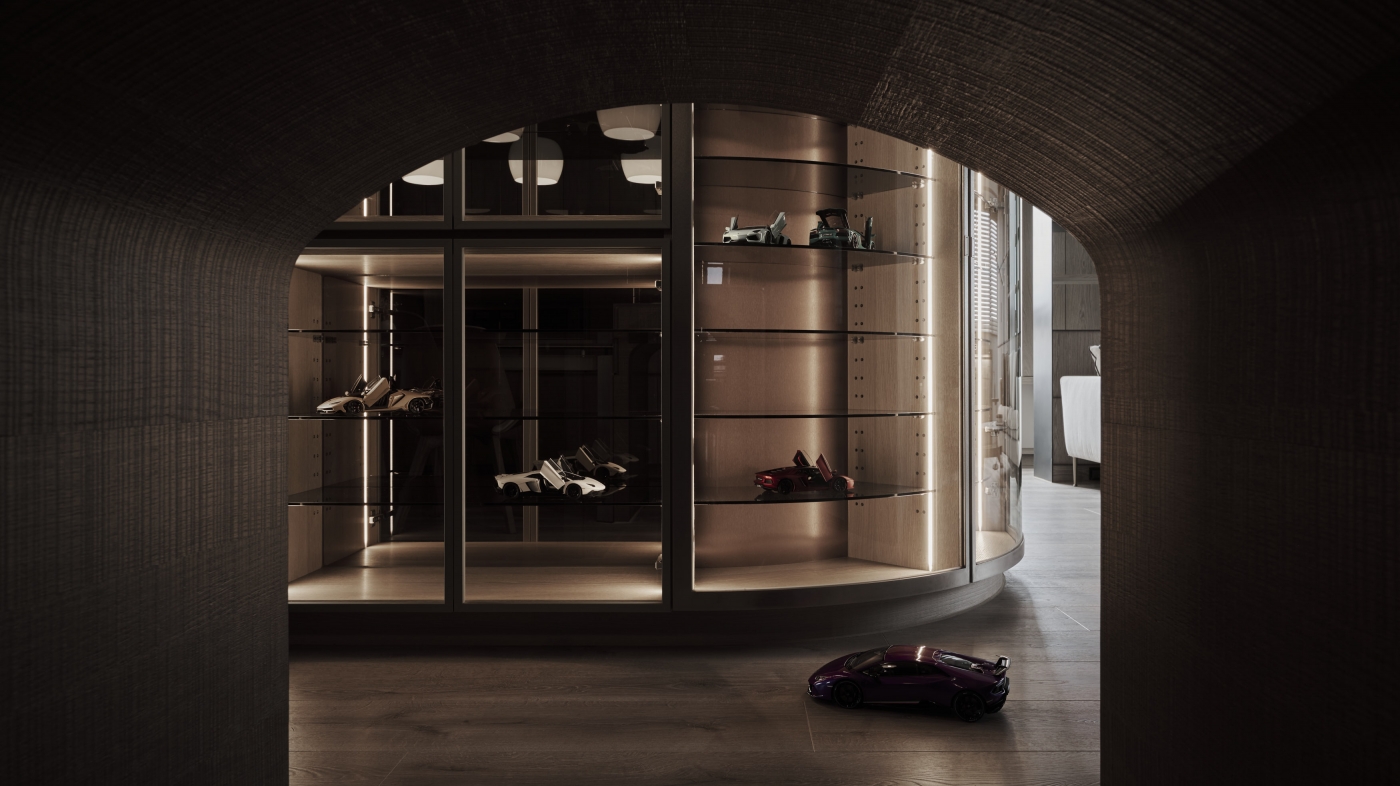 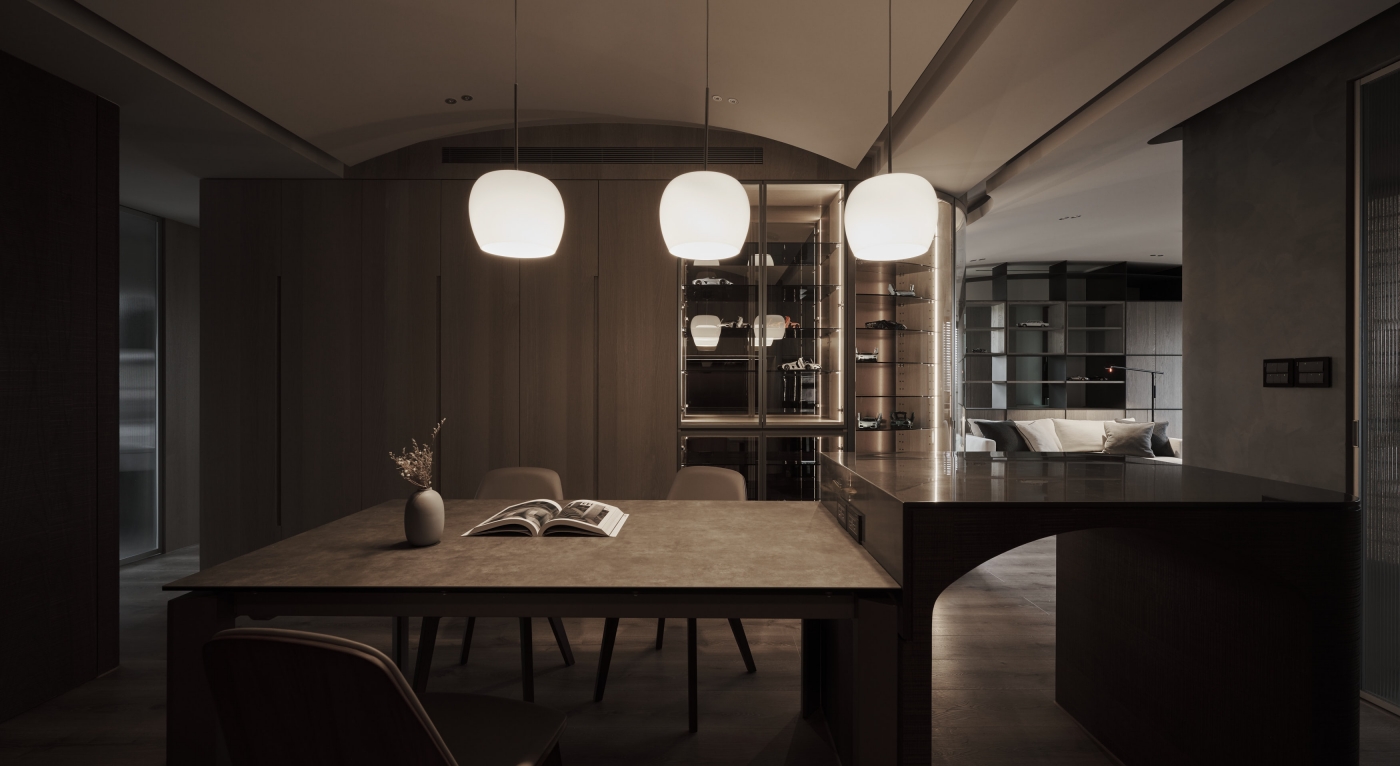 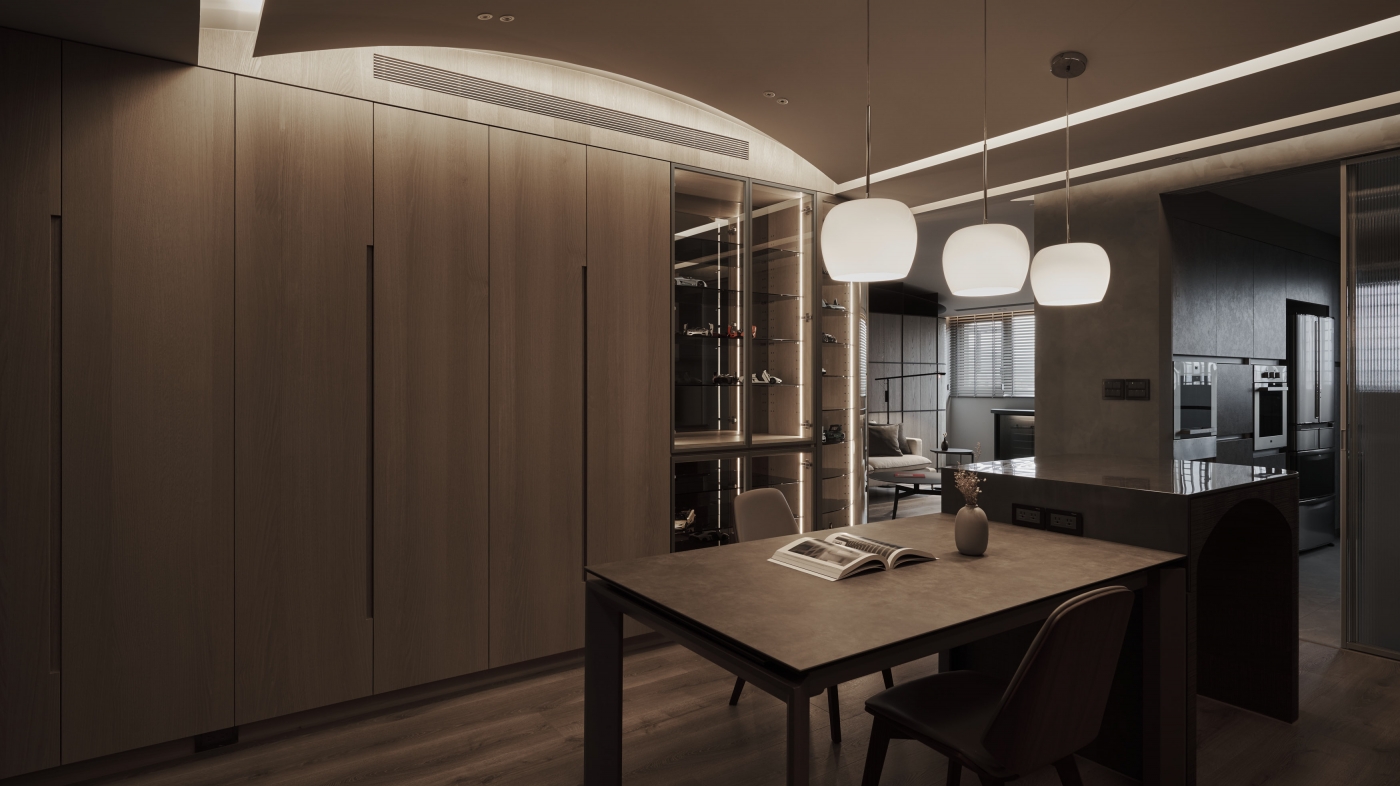 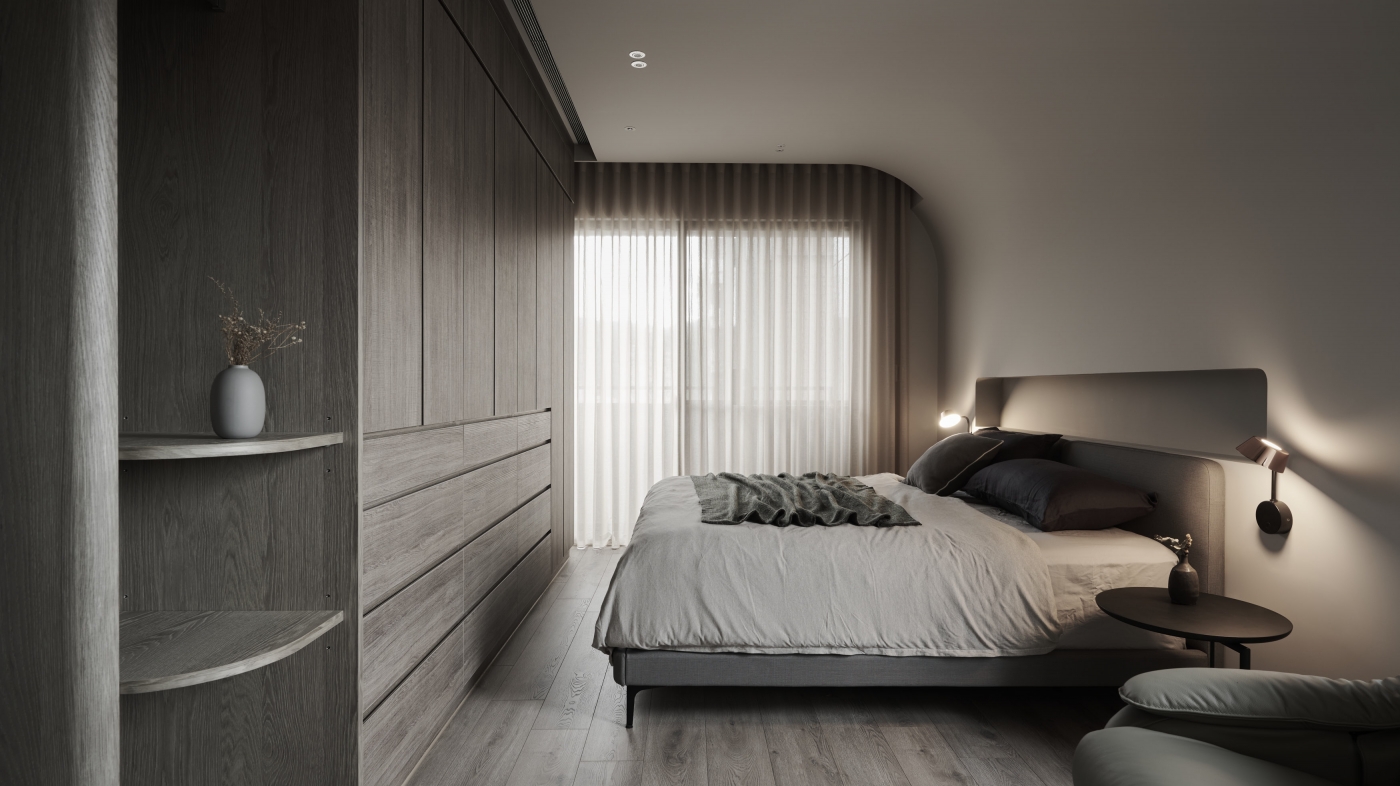 Wishing the family to share the house’s riverside view, the designer makes loads of adjustments to the space’s structure and arrangement. The whole window view was initially a part of the master room. After communicating with the owners, the designer decides to place the living room beside the windows, which is at the end of the flow, instead of the initial location at the entrance. Thus, entering the space, one would firstly go through private areas of bedrooms, kitchen island, kitchen and then finally the living room with the view.