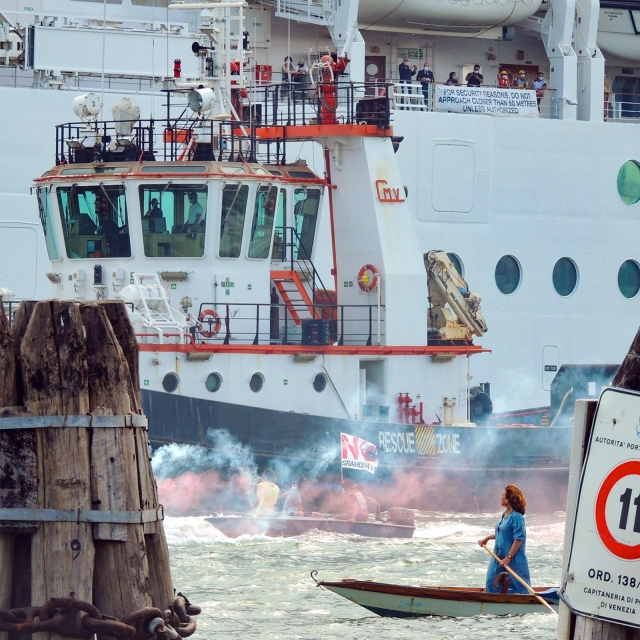 It was June 5, 2021 when the first big MSC Orchestra ship returned to the San Marco basin in Venice after a long break due to the pandemic. That day I immortalized with my Nikon this woman on a rowboat, unarmed also by the flag, with a blue dress like the sea and hair in the wind, descended into the lagoon against the steel colossus. A "goddness Athena" in my eyes, the environmental scientist activist Jane Da Mosto who has lived in Venice for more than 25 years. Jane da Mosto born in Africa. In reality the woman was not alone on the boat but from the photo she seems to be alone.

Bio Photographic reports on the environmental theme of sea pollution; Reportage on the wildlife in the Venice lagoon and the city; Reportage on the customs and traditions of Greece and greek islands skyline; Reportage on life on board a sailboat in the Mediterranean sea.