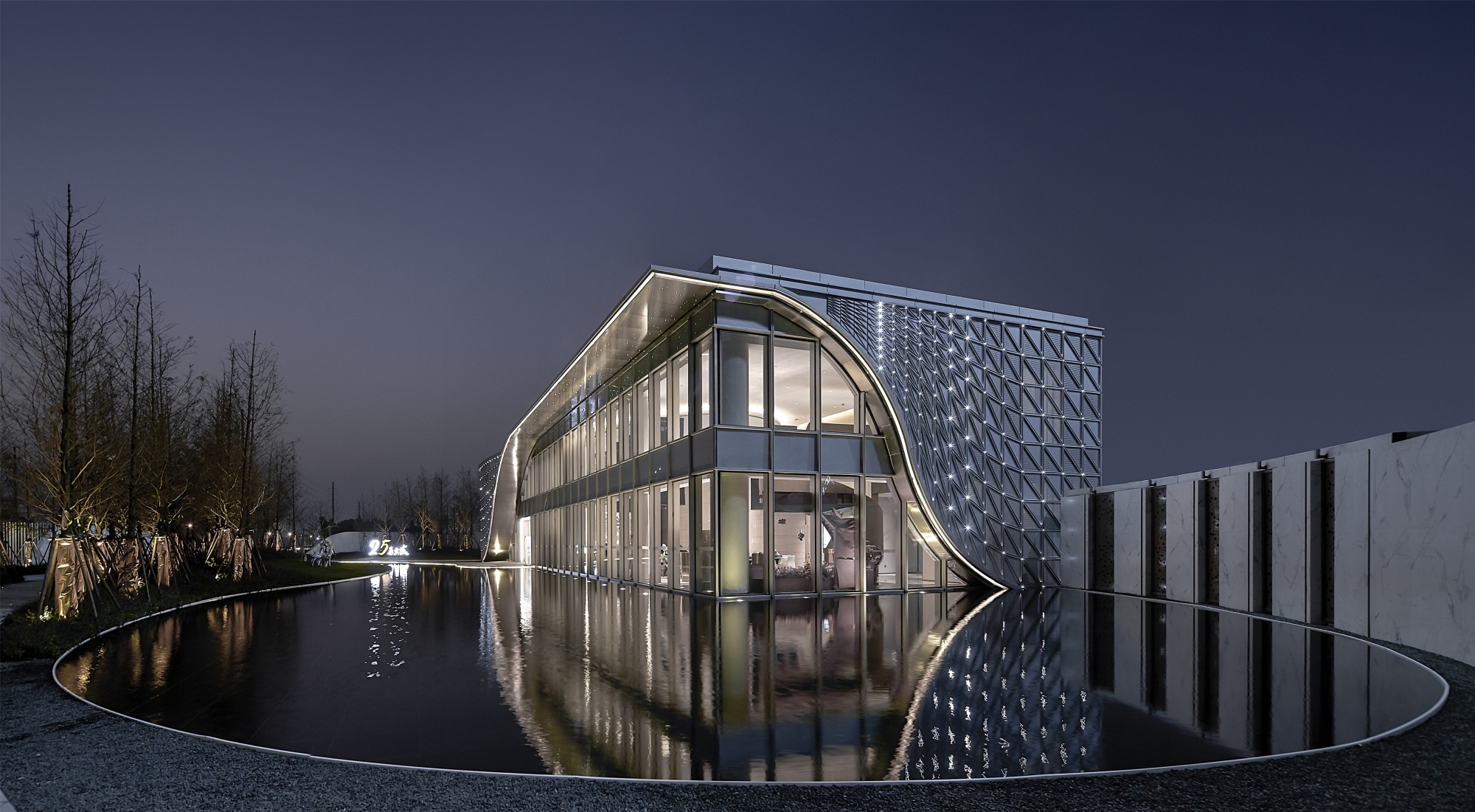 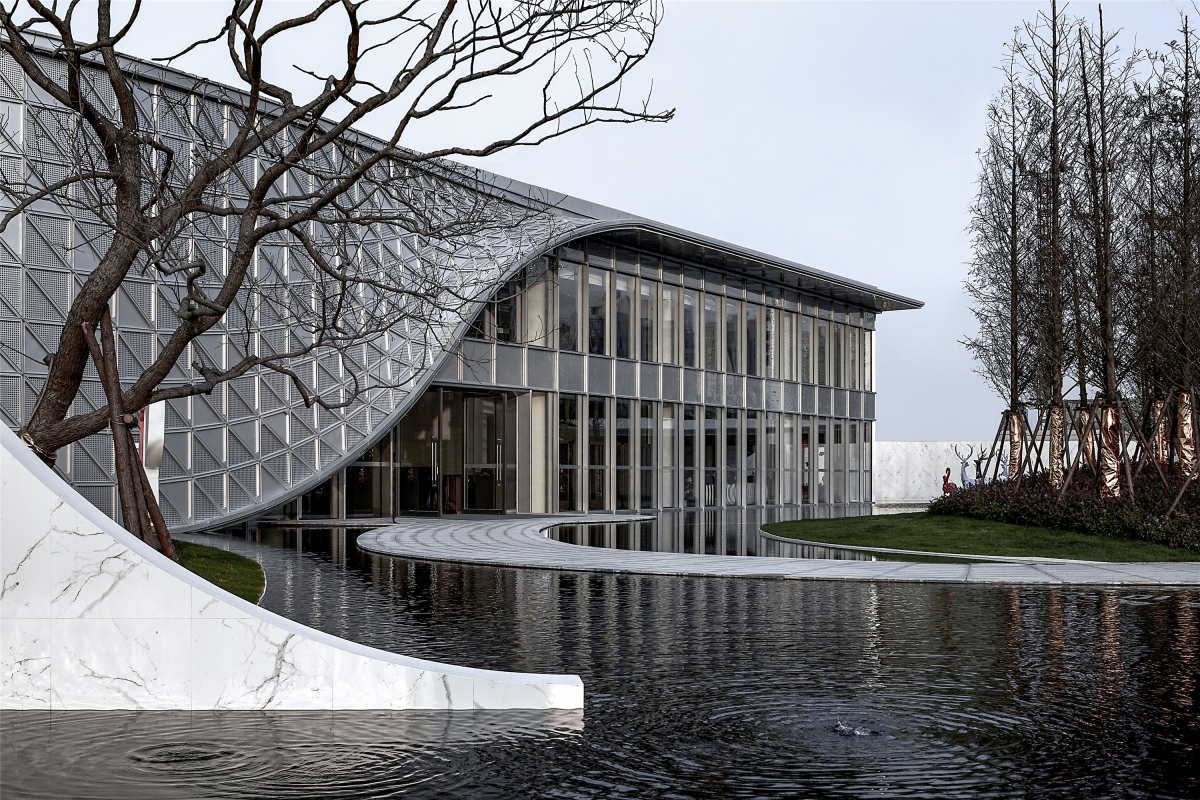 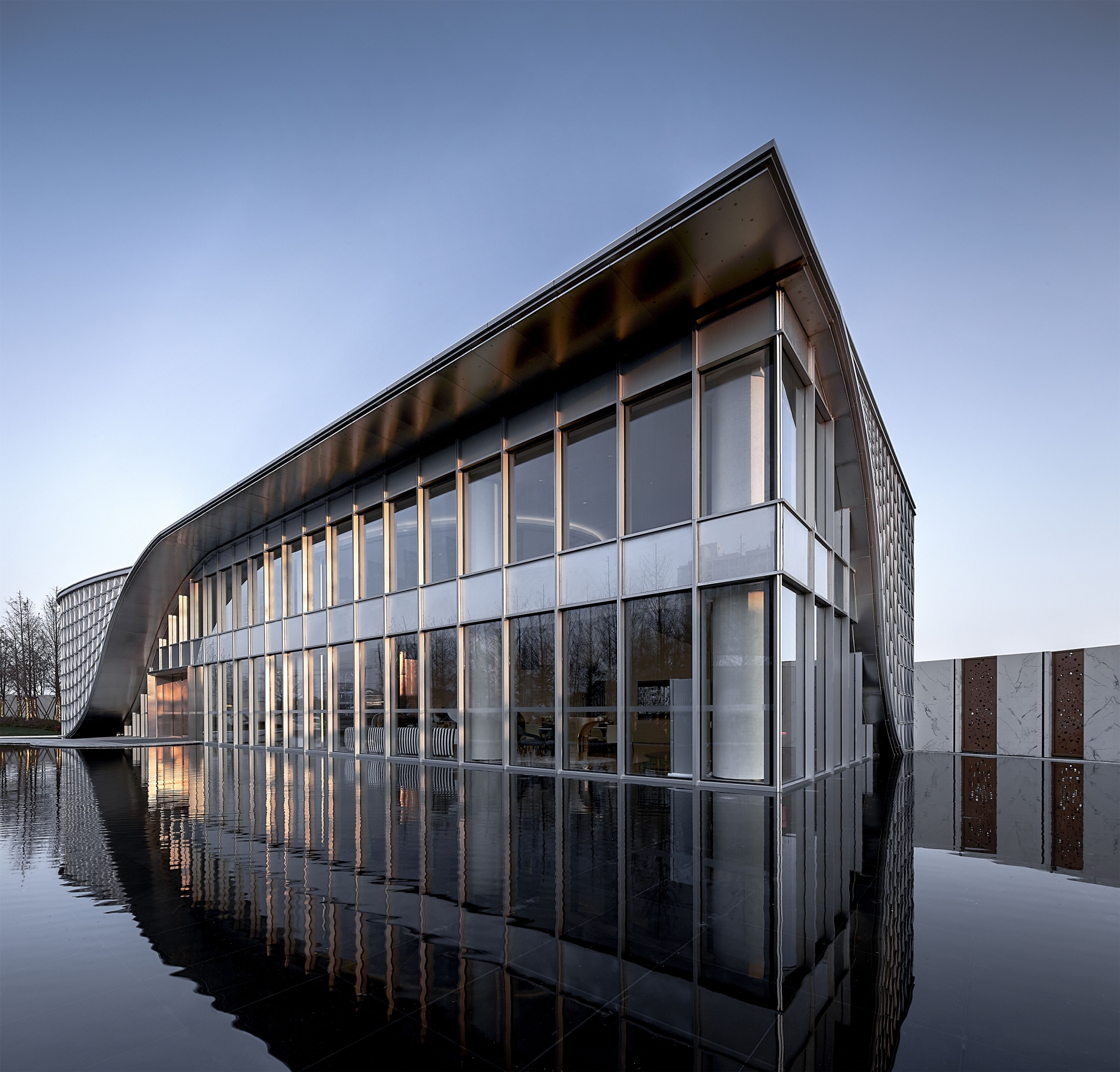 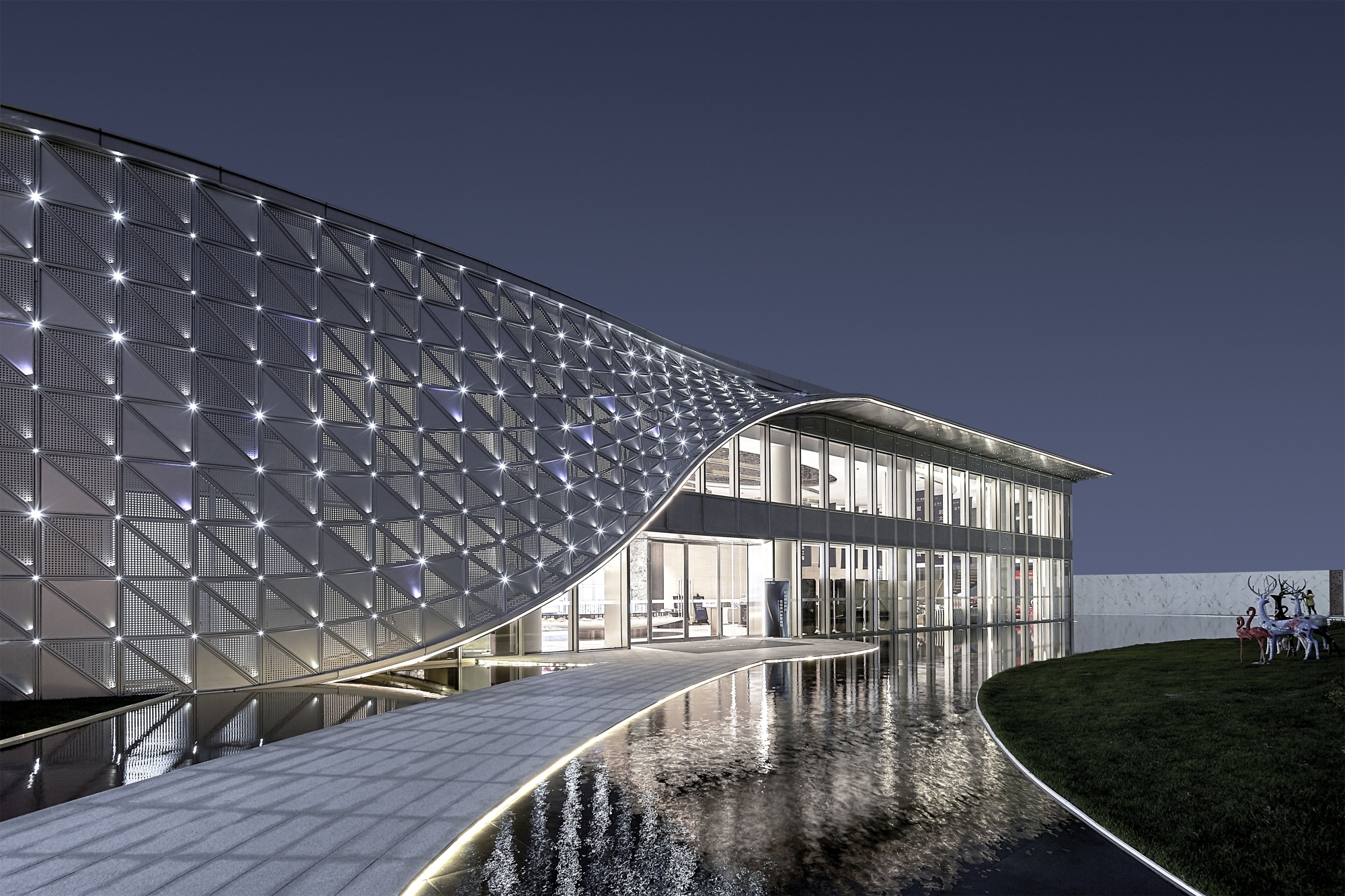 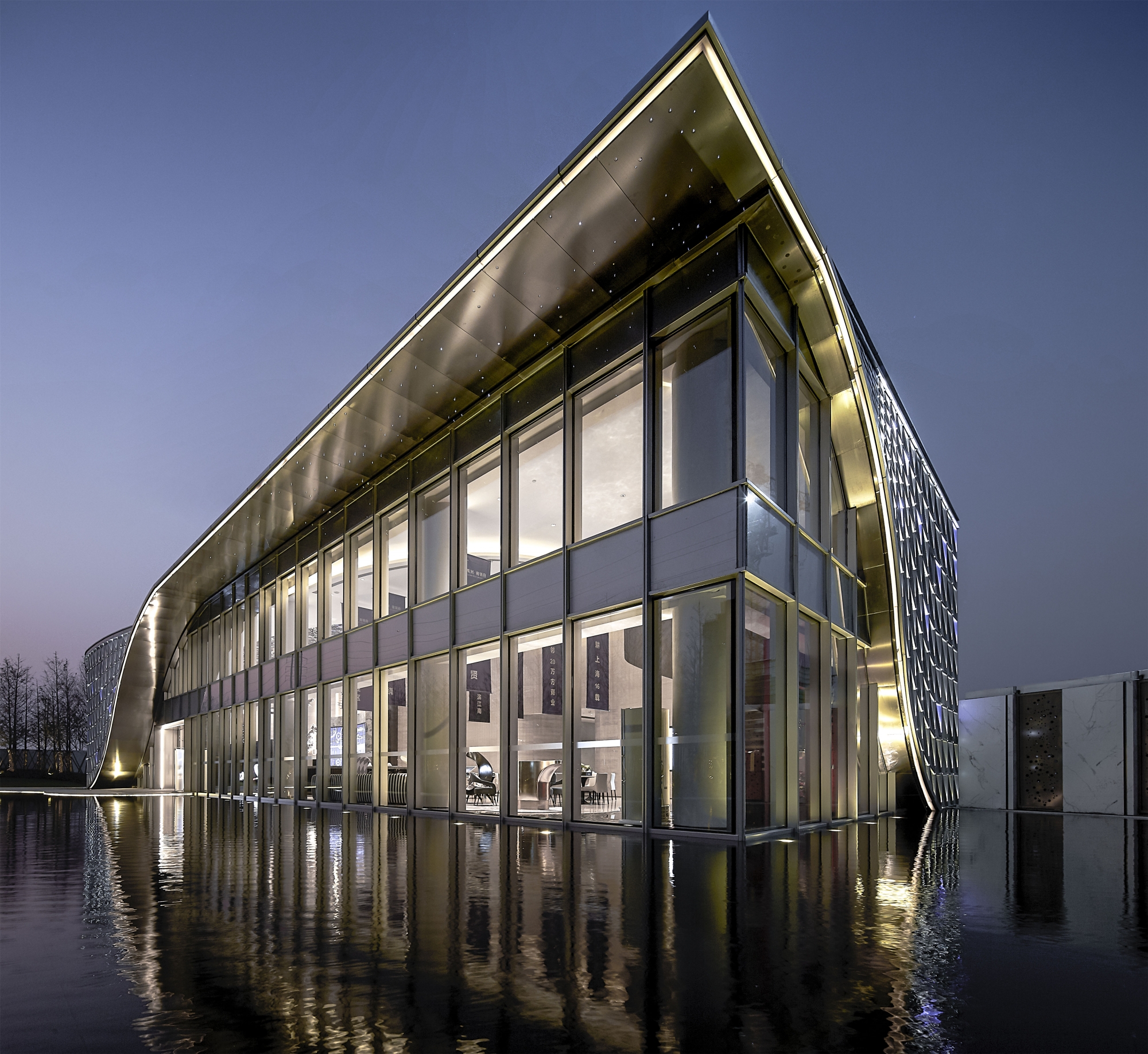 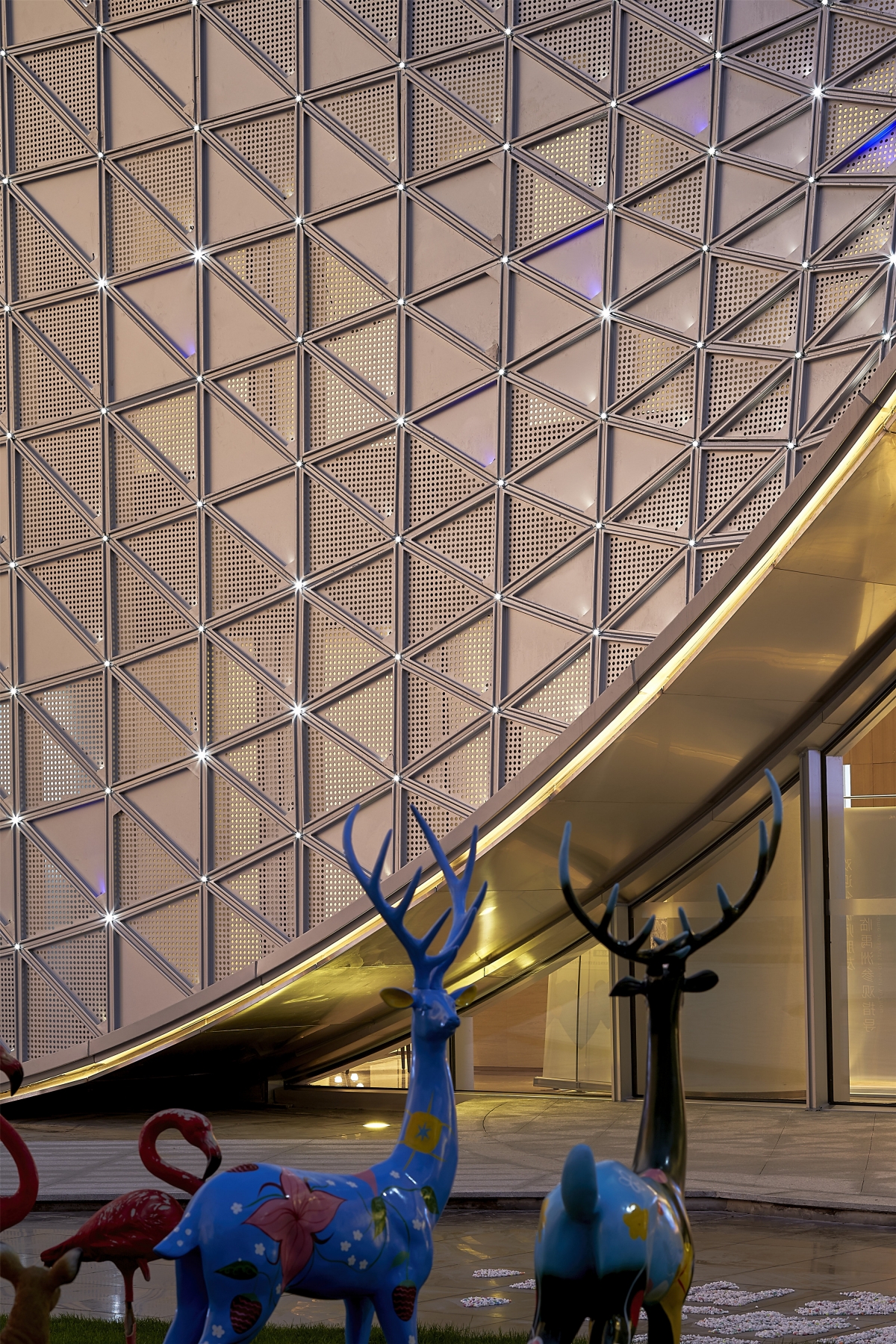 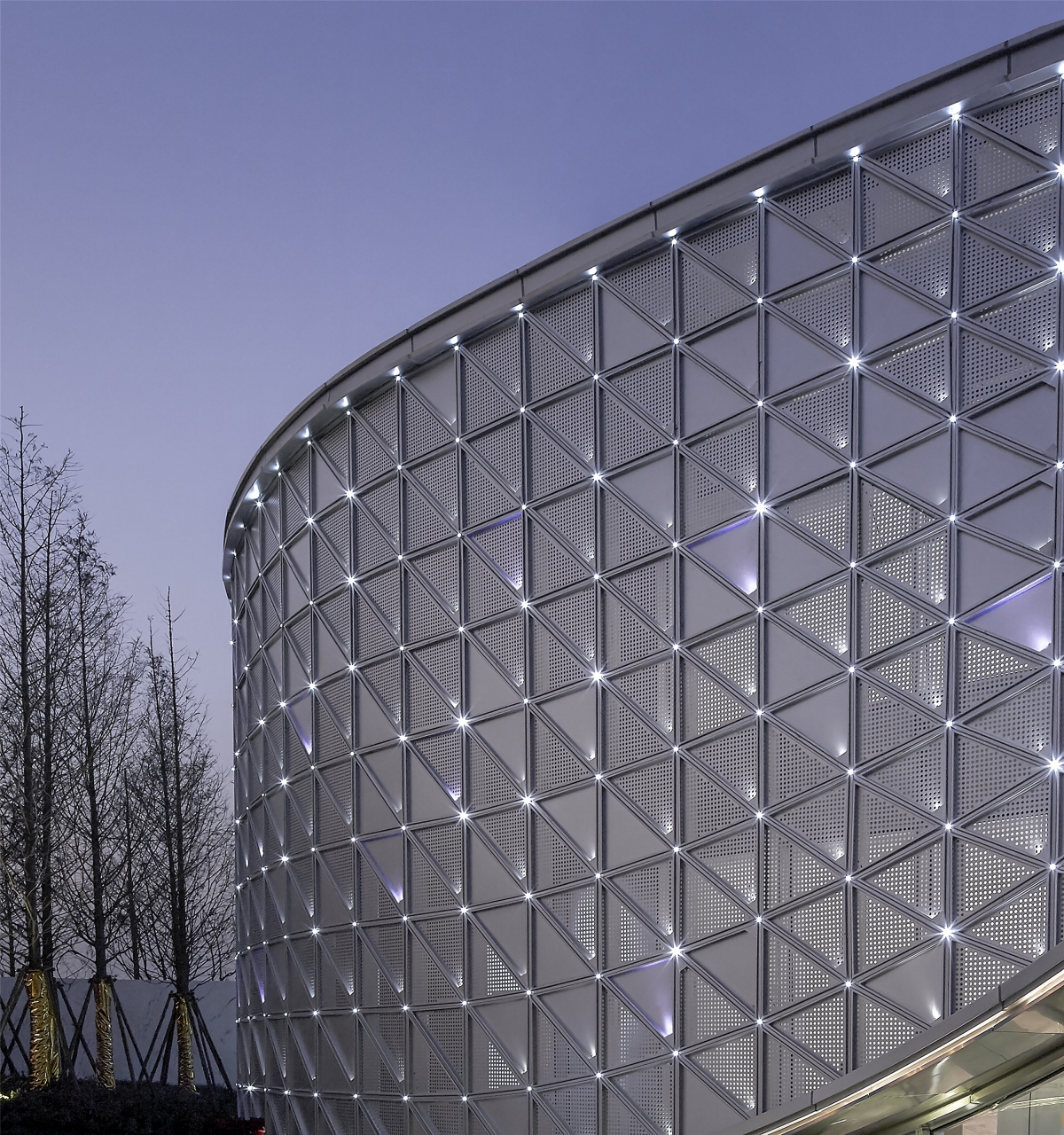 The project is served as a public space, plus display, discuss, meeting, and other functions, based on the planning, layout and traffic of the whole community. The image of the project is inspired by texture of waves and streams that can often be seen near a port city. The smooth curve becomes the appearance of the building, echoing the coastline via simple and modern construction, realizing the mixing of architecture and city, and of vision and space. Visitors may feel like be in a twisting, transforming, and separating space in the last moment, but suddenly appear in a space with calmness.