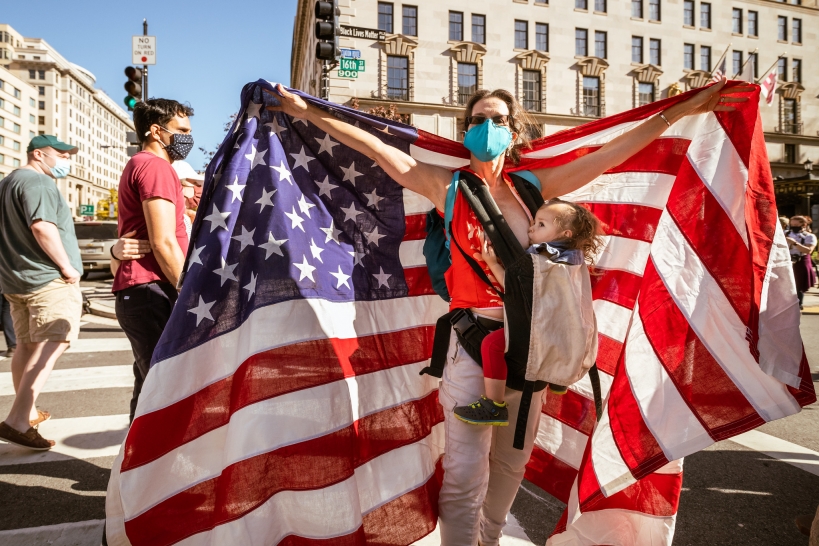 Lady Liberty in the 21st Century

This celebrant and her nursing child proudly claimed victory over Donald Trump. I am not a political pundit, but I am the father of a 10-year old young lady. The historical arc of the United States forever changed when Kamala Harris became the country's first female Vice President-Elect. One hundred years ago the 19th Amendment guaranteed the right to vote for women across the country. It took one hundred years for a woman to hold one of the highest offices in the land. The metaphorical shattered glass lies all over Black Lives Matter Plaza now. Lady Liberty reigns in America again.