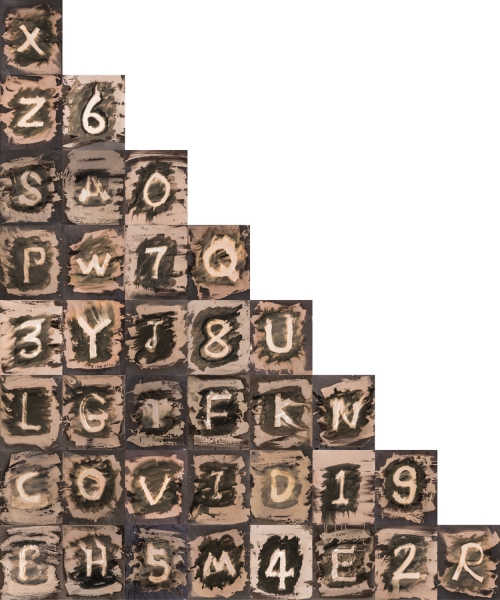 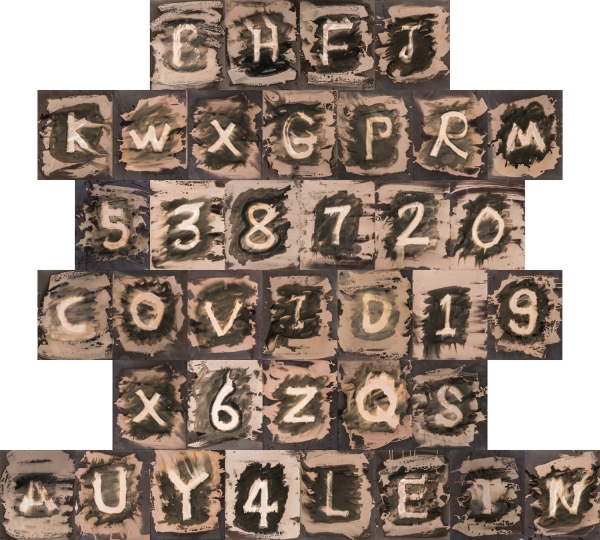 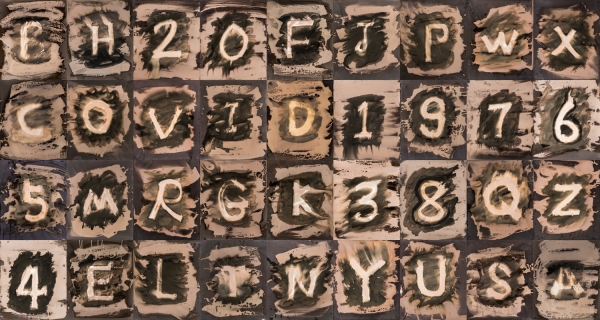 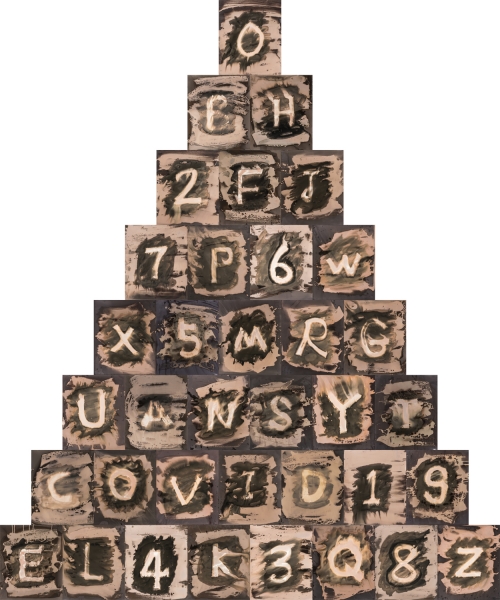 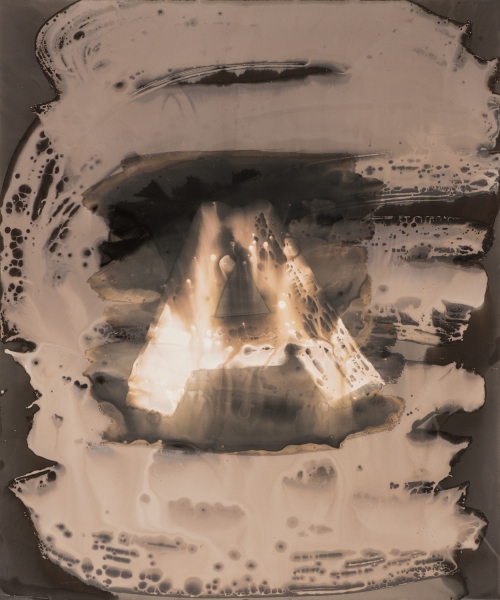 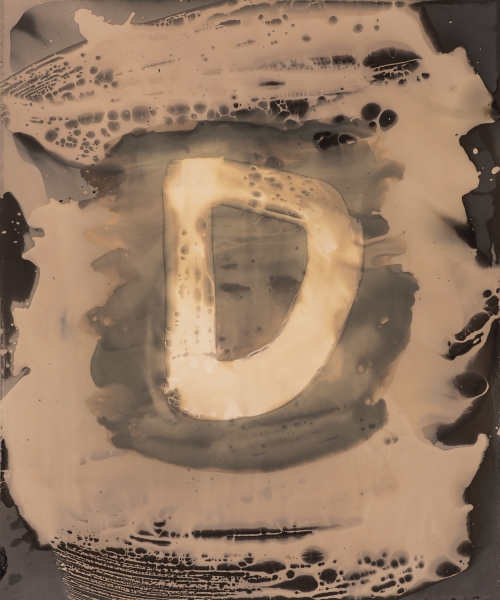 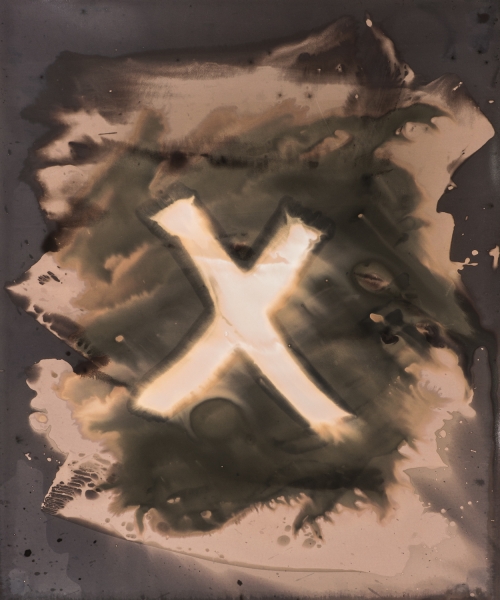 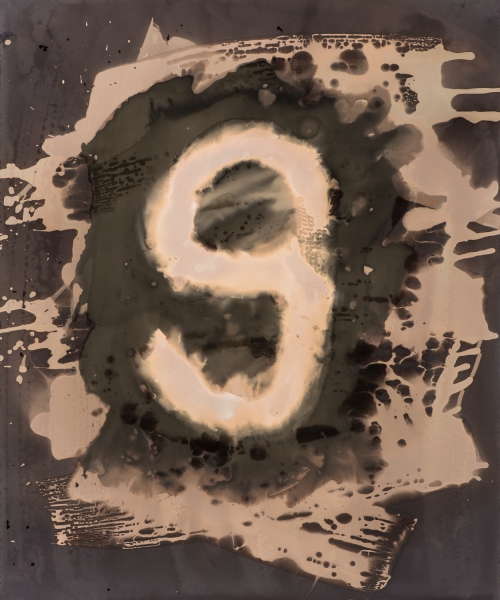 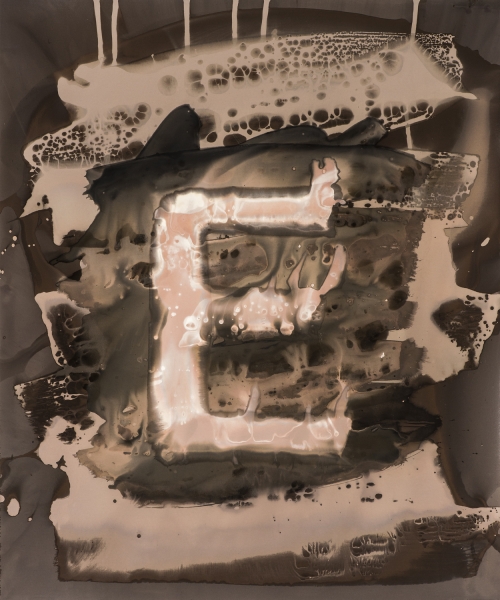 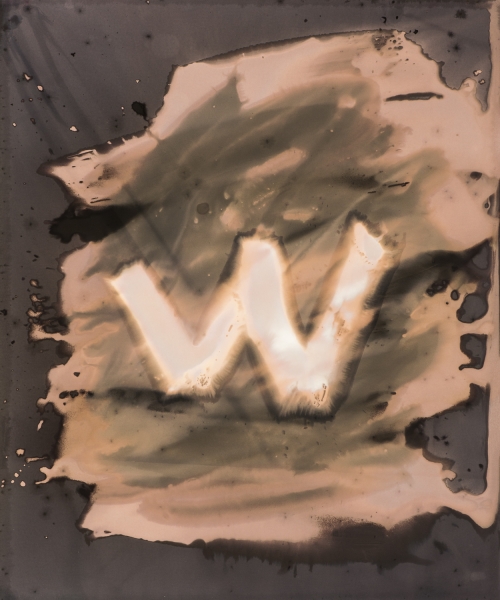 Acknowledgements 26 letters and 10 numbers are the basic tools that we begin to acknowledge our world, and then express. There are always new words emerge along with the time being. I wrote them on 36 pieces 24 inches gelatin silver photographic paper by fixer, and then brush developer and let the liquid flow irregularly, produce the feeling of instability, at the same time nostalgia. This work size is variable; it can be composed by different letters and numbers in different shapes according to location and event., exhibited all or part. This year it can be showed include COVID19.