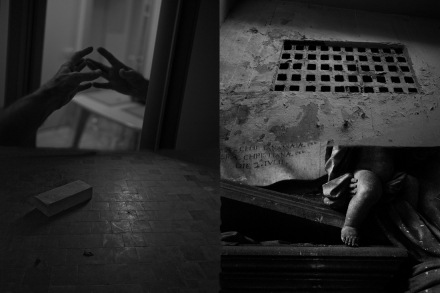 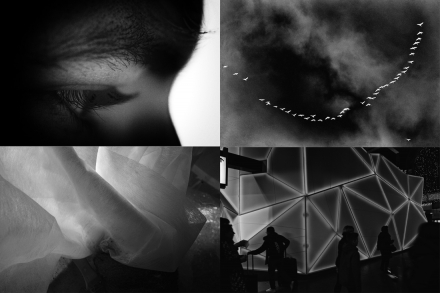 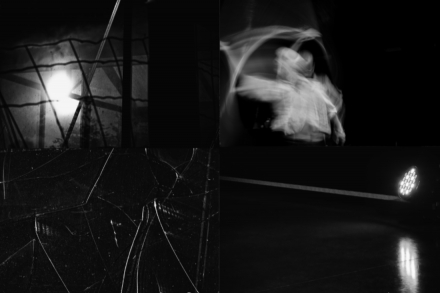 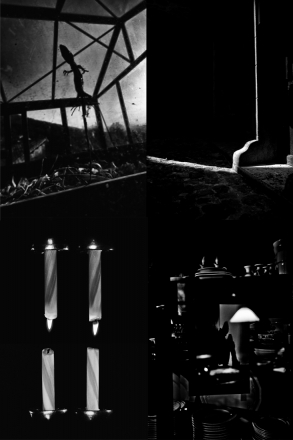 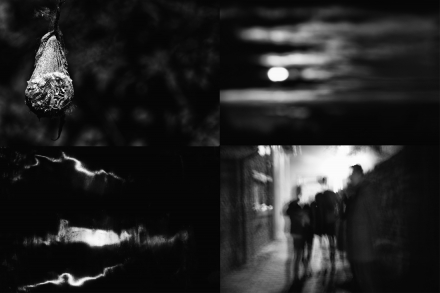 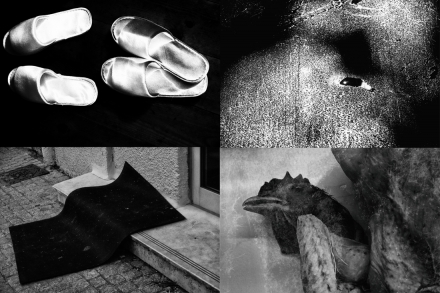 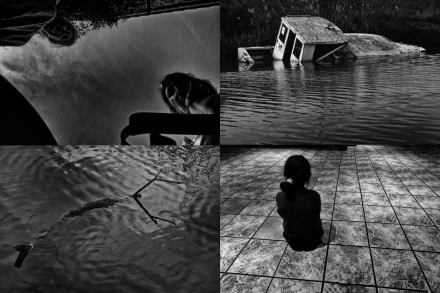 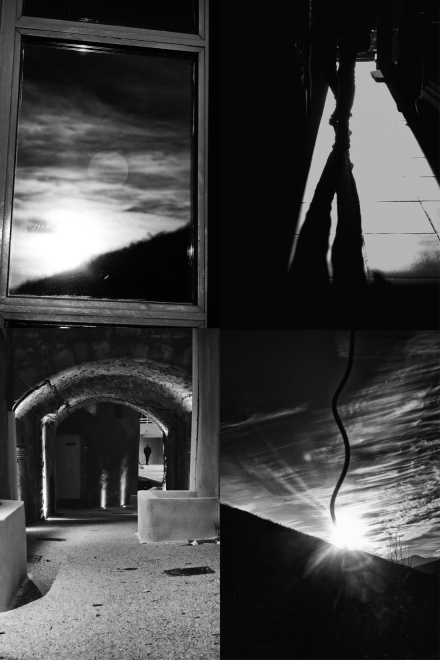 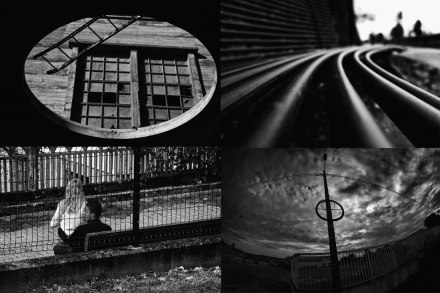 Dancing in the Emptiness

Black & white photo collages. The project has been inspired by Paulo Nozolino, Portugese photographer, during a workshop in Spring 2019 in Arles, France. The theme is that the world is full of appearances of whom we think they are real, but they appear to be empty. This world of temporary phenomena has a spiritual back ground. To fathom them we think we need to follow a path, of which the Buddha said: "The path is you". From this point of view the photographer blended four photos into one photo collage, resulting in a series of 21 pictures to approach the inner fullness of the emptiness.

Bio Eric Pijnaken, born in the Netherlands, concentrates on still life, street photography and minimalist photo collages. He is inspired by photographers like Diane Arbus, Bill Brand etc. and by the Arte Povera Movement. He composes many "experimental" works and exhibits in France, and sometimes in the Netherlands and Switzerland. His tutors have been Jane Evelyn Atwood and Paulo Nozolino.