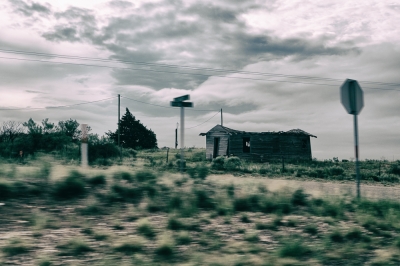 This 80 mph capture fully represents its title. This old structure has no choice but to comply quietly with its fate. Merriam-Webster on acquiesce - Acquiesce means essentially "to comply quietly," so it should not surprise you to learn that it is ultimately derived from the Latin verb quiescere, meaning "to be quiet." It arrived in English around 1620, via the French acquiescer, with the now obsolete sense "to rest satisfied." The earliest known recorded use of the word acquiesce in the sense of "to agree or comply" appeared in the writings of the English philosopher Thomas Hobbes in 1651.

Bio I am a San Antonio-based photographer that has been shooting since 1983, eventually converting to digital. My dream of a photography career took a backseat as I spent 26 years following my husband from army post to army post, raising my 2 girls and working full time. I did manage to keep Photography as a hobby and continued to shoot and learn. Over the past few years, as my husband retired from the military, I have been able to refocus and revive my dream.