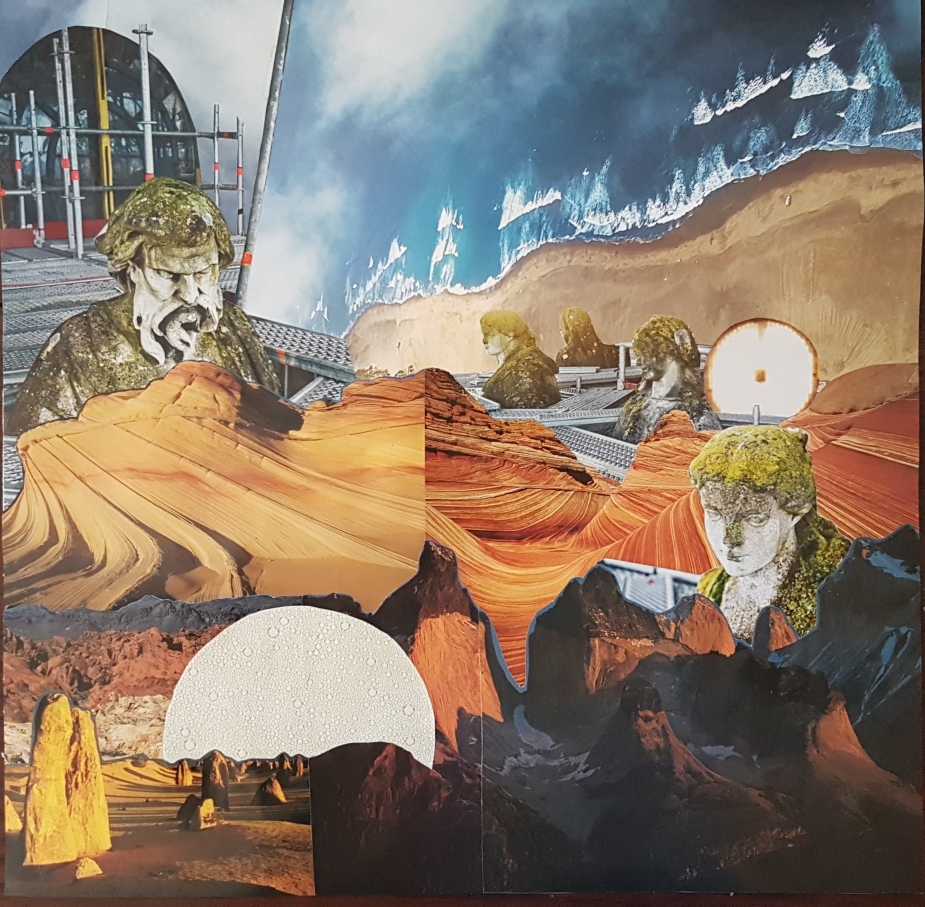 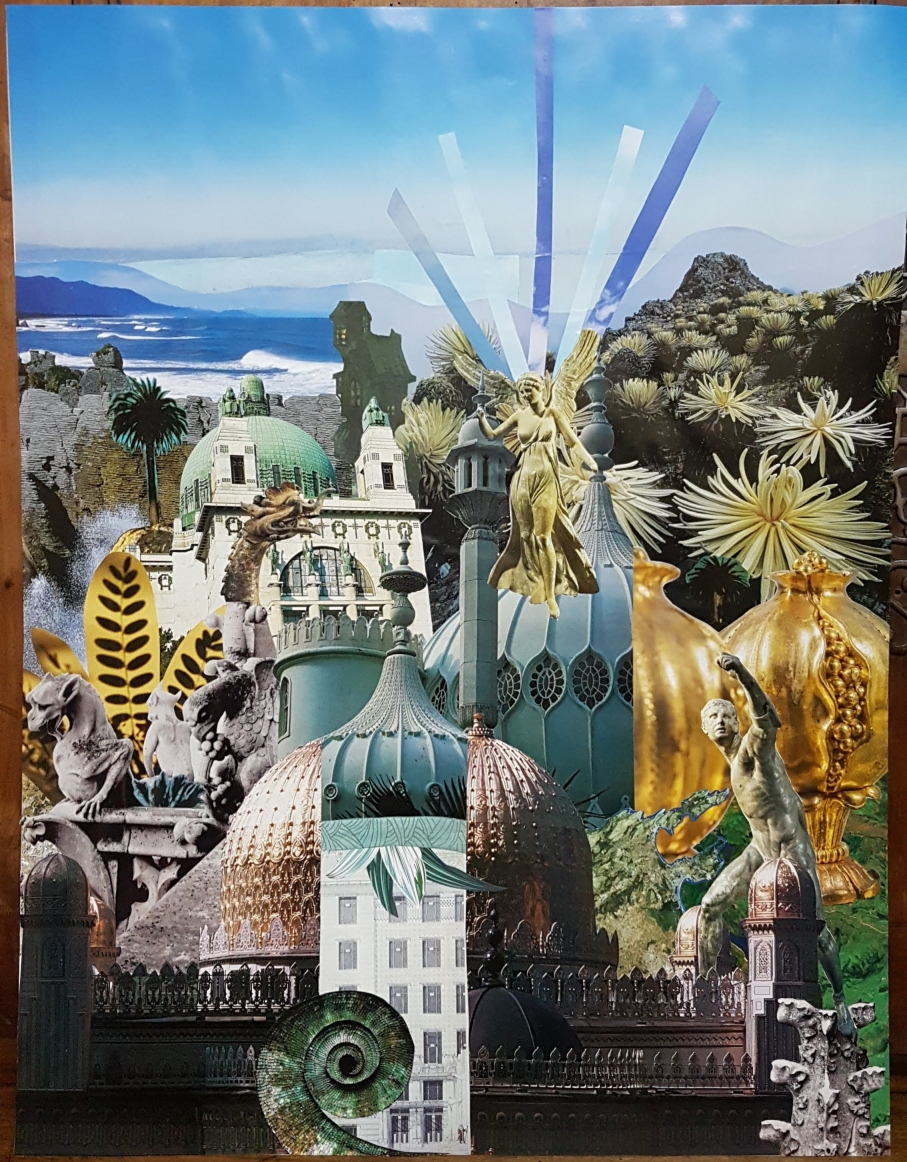 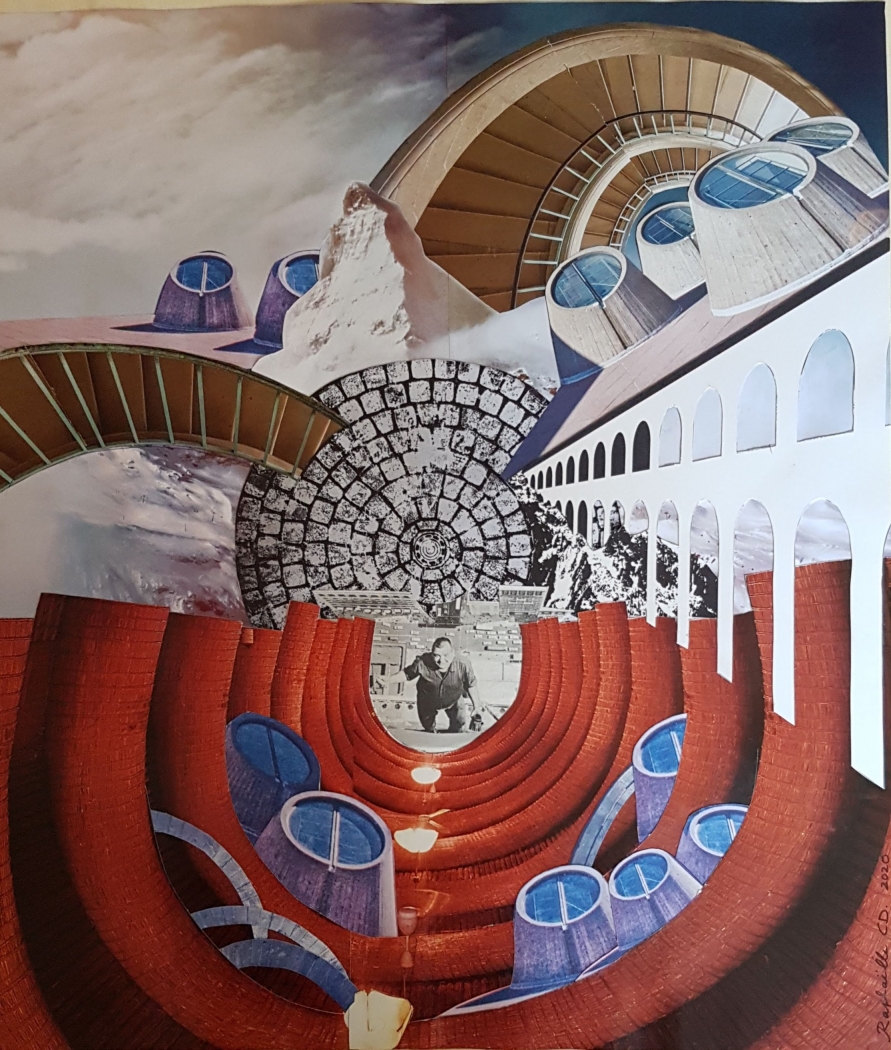 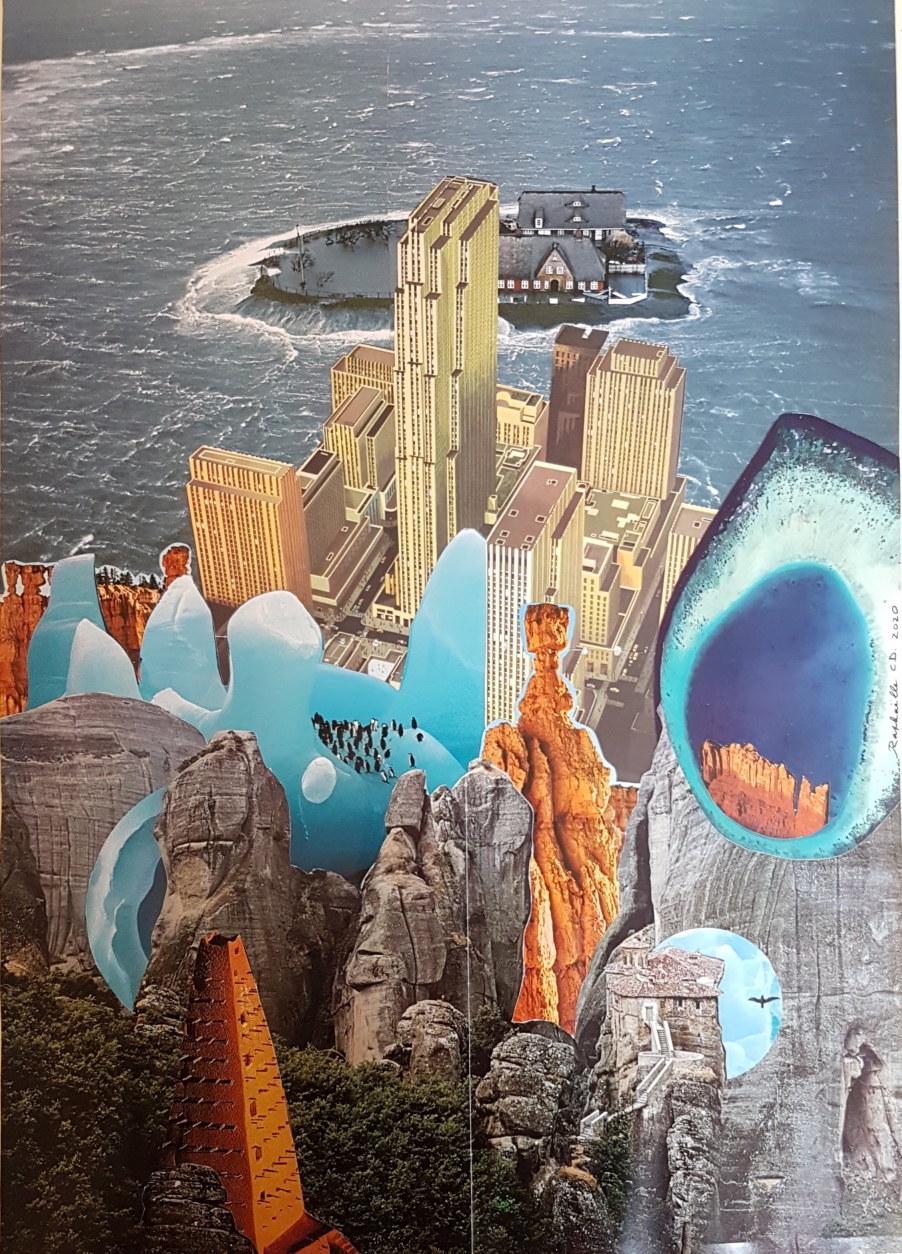 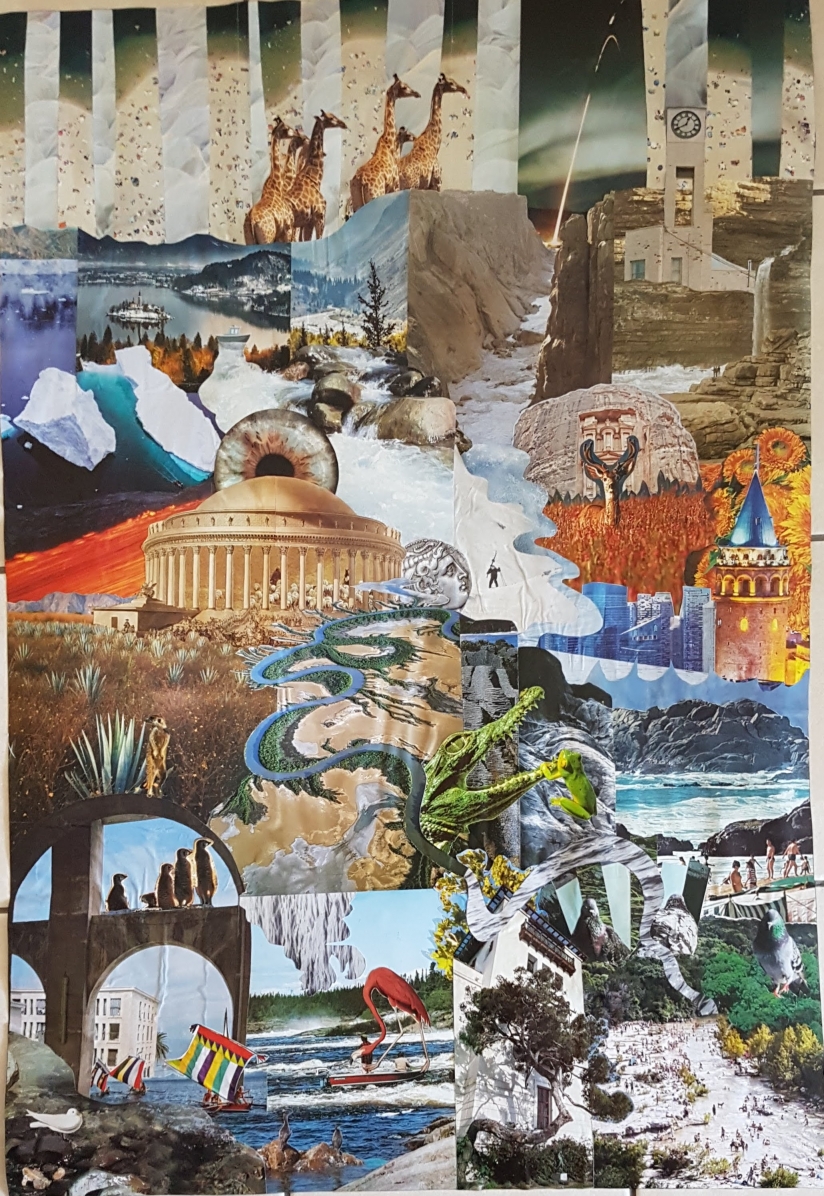 The human engineered dichotomy between Culture and Nature is resolved in my collages by letting humanity burst into natural worlds, and animals and plants disturb human enterprises. I highlight the absurdity of our current disconnection by intentionally misplacing manmade objects within the living world to catch their human creators by surprise. I distort reality by playing with perspective, orientation and scale, in a search for a renewed harmony in the natural world, which emerges from an a priori unstructured collection of pictures through which the artwork assembles itself serendipitously.

Bio Raphaelle Chaygneaud-Dupuy is a French self-taught collage artist, who has been cutting and pasting since 2006. Image composition, framing and storytelling techniques were an integral part of her degree in film analysis at the Sorbonne in 2013. Later, her work in the animation film industry showed her that anything can happen on a blank page and any constraints are self-imposed. For a few years now, Raphaelle has been exploring storytelling through another medium, novel writing, whilst pursuing her passion for collages under the alias Analog Ctrl V.