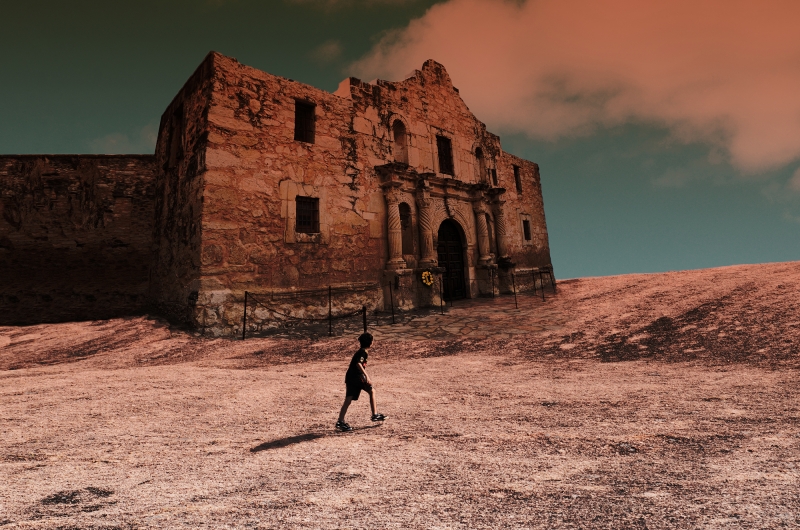 In James Michener's novel, Texas, the Battle of Alamo is nicely depicted. However, the real building in San Antonio is small and anti-climactic, especially when you try to imagine the actual battle, where over 2000 Mexican soldiers surrounded and killed the roughly 180 fighters inside, mainly American immigrants. After reading about this dramatic part of history, I imagined an Alamo far more glorious. Maybe set on a hill in a dry, Texas landscape. I decided to create part of the Alamo as it must have looked then. A lone building. Bare on the sides. But still majestic.

Bio Cetywa Powell is a photographer and filmmaker. Cetywa has been published in the New York Times, her photo was a National Geographic Daily Dozen selection, and she has exhibited at the Museum of Flight in Seattle as well as at galleries in cities worldwide.