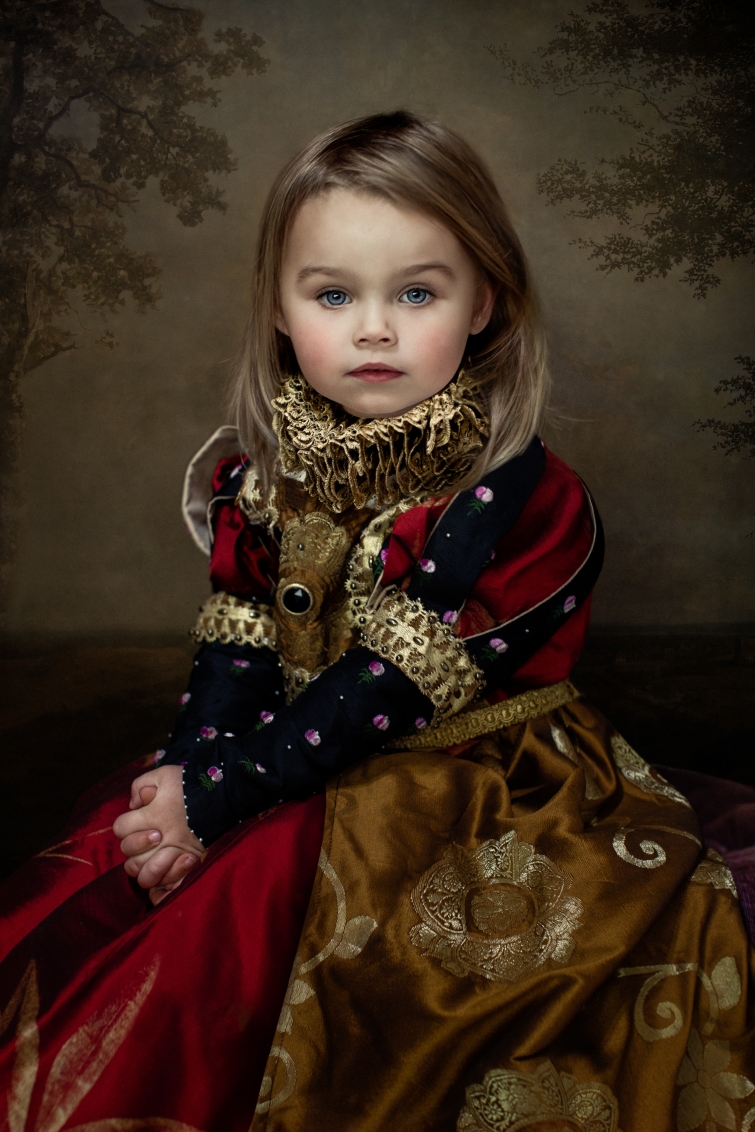 I've tried several times to get rid of my mother's clothes since her Alzheimer's disease has progressed. Hospital gowns have taken the place of her favorite girly dresses and sparkling tops. I couldn't bear the thought of throwing them away. Even though she'd never know, it felt like a betrayal. I needed to emotionally release them, so I imagined what Mom would do. I decided to cut them apart and made something new for my granddaughter, Grace. I'm sure Mom would appreciate the sentiment, as will Grace when she's old enough to understand it.

Bio Tammy Swarek is an award-winning and internationally published multidisciplinary artist focusing on photography, painting, and sculpture who lives in El Dorado, Arkansas. Her work is deeply emotional, and is often inspired by her own life experiences, as well as those of her son with autism, and her mother with Alzheimer’s. Swarek is most known for her work featuring adoptable dogs from her local animal shelter. Her series “Shelter Pets Project” became an international hit in 2016 and published across the globe.