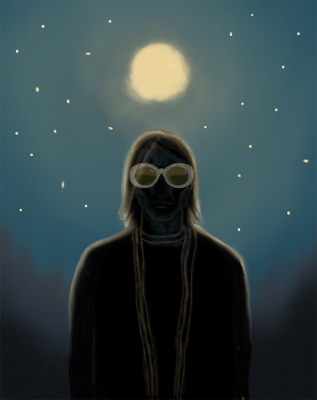 This illustration was inspired of the song, "The man who sold the world" , Kurt Cobain version. I did music interpretation and drew Kurt Cobain portrait. Kurt Cobain similarly struggled with his own self identity. I drew the moment the two identities, who was before being famous and after being famous, is facing each other.