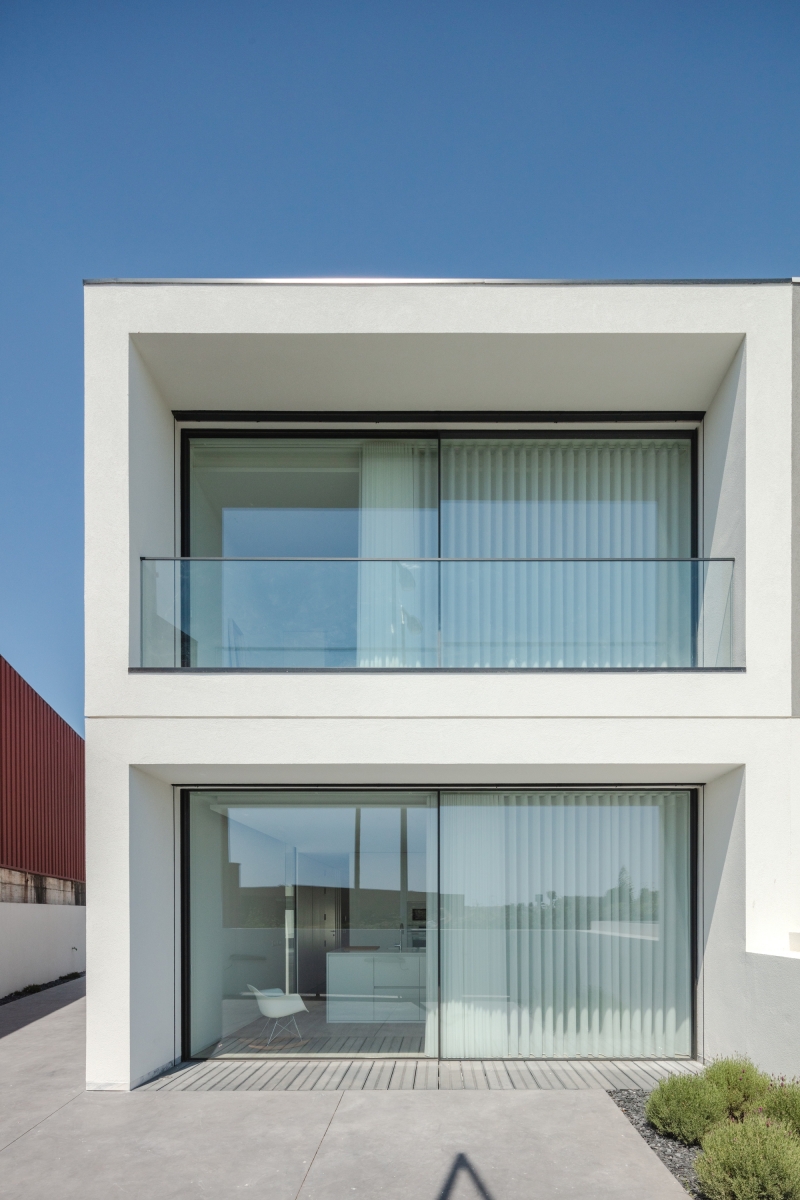 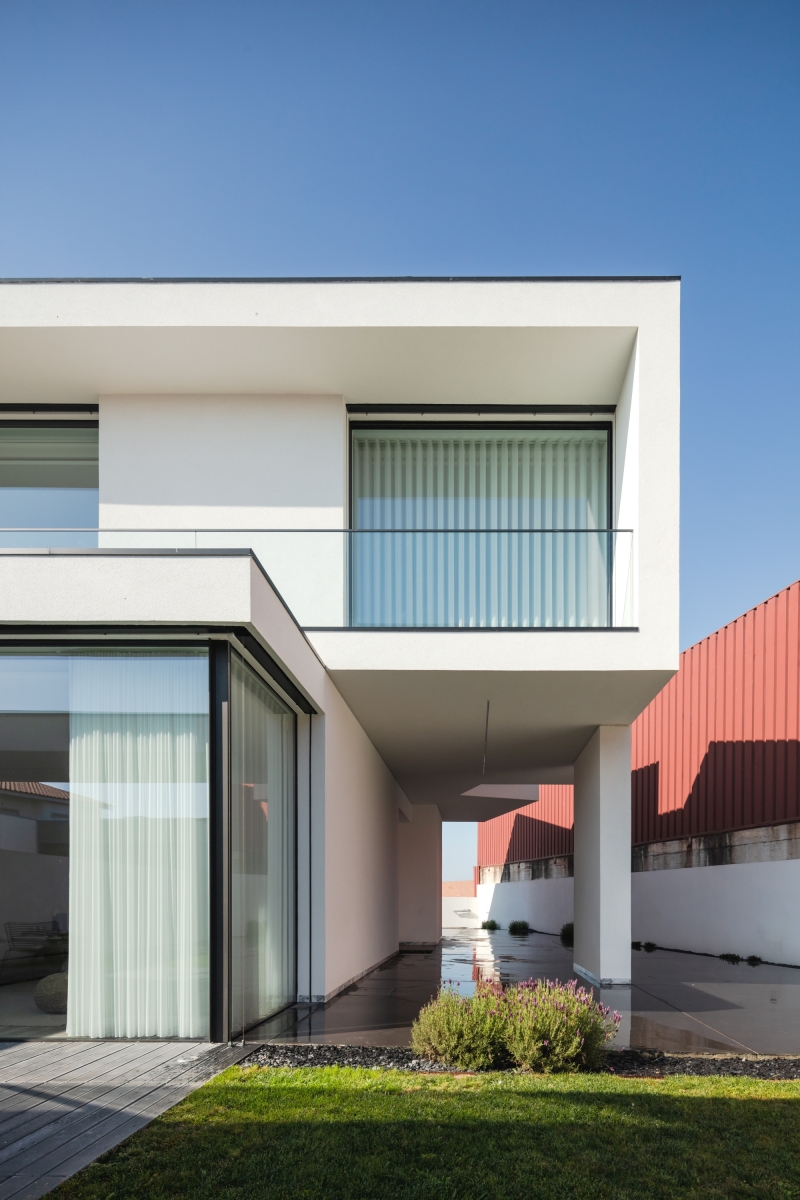 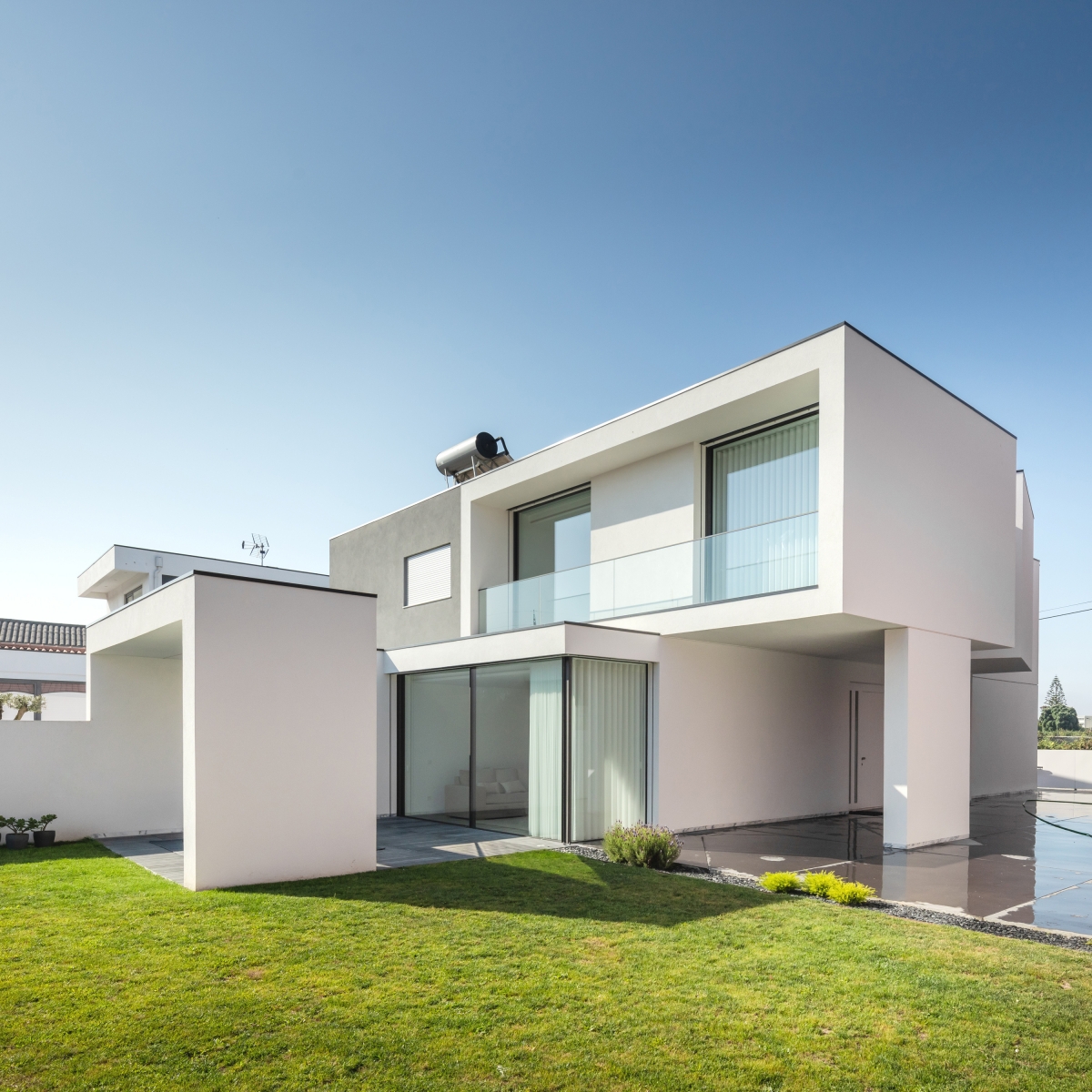 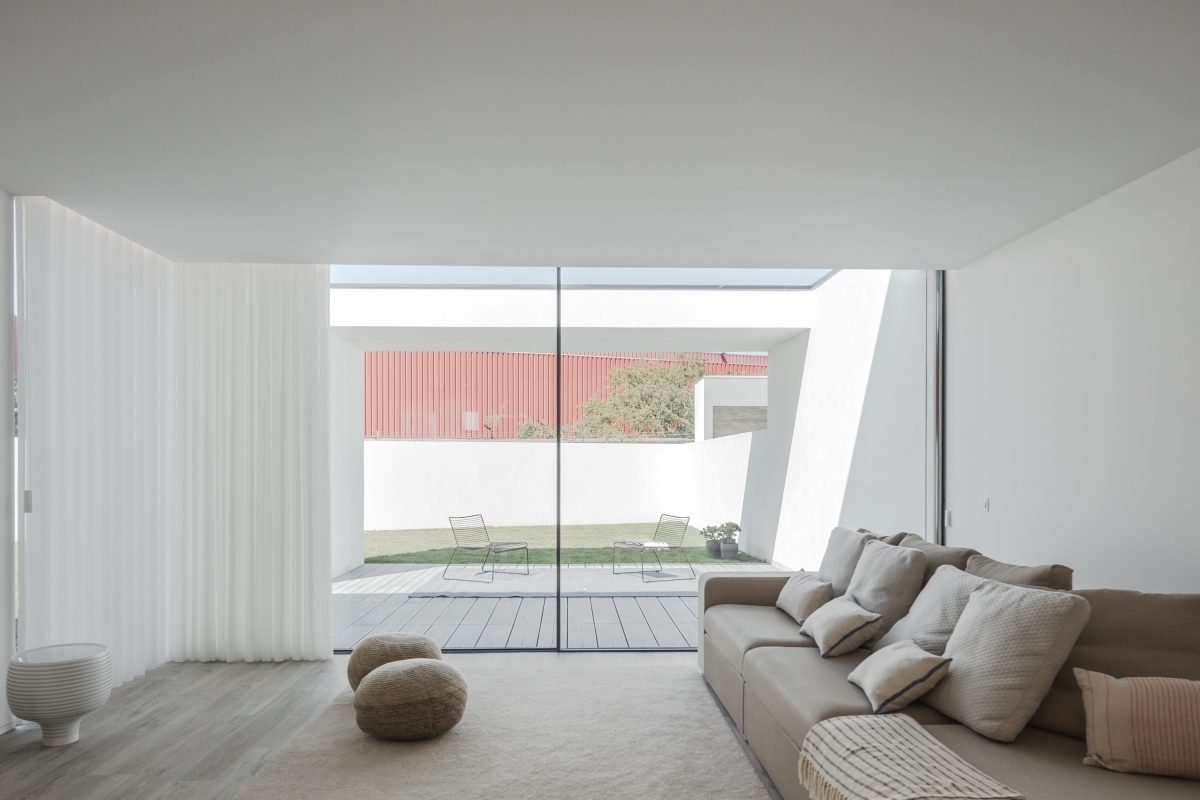 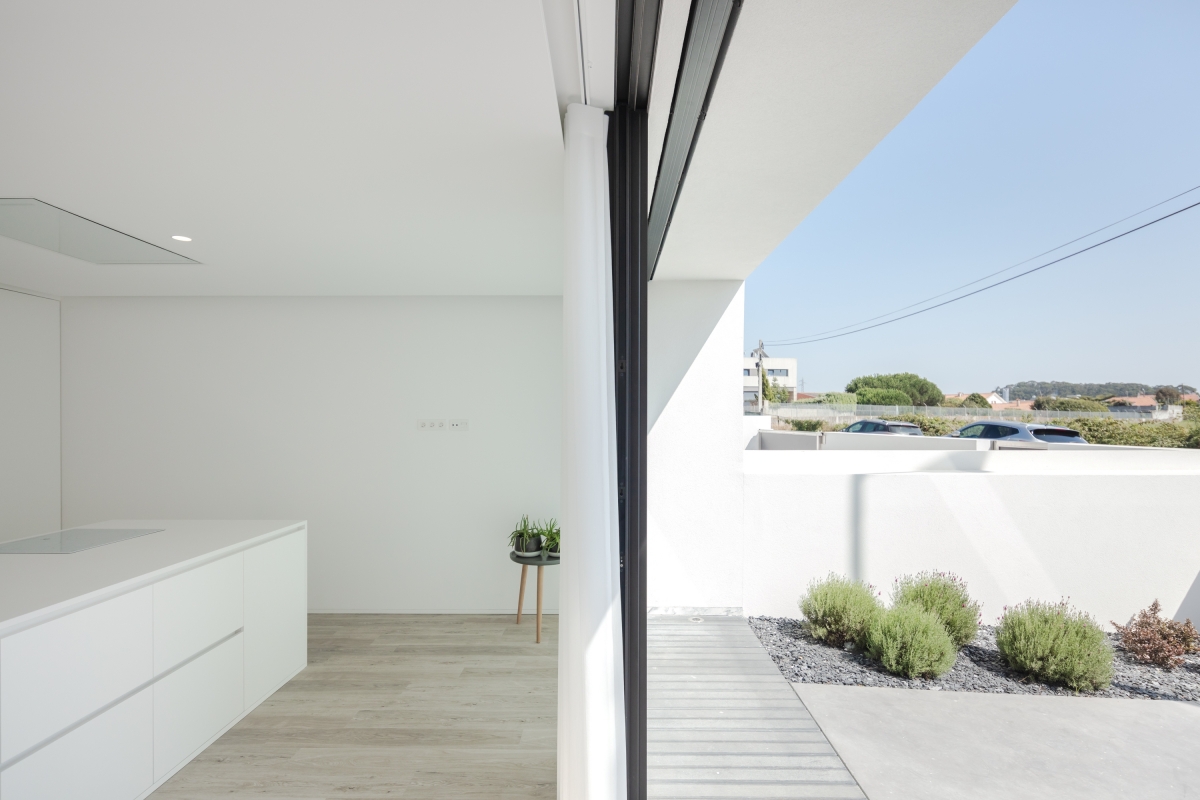 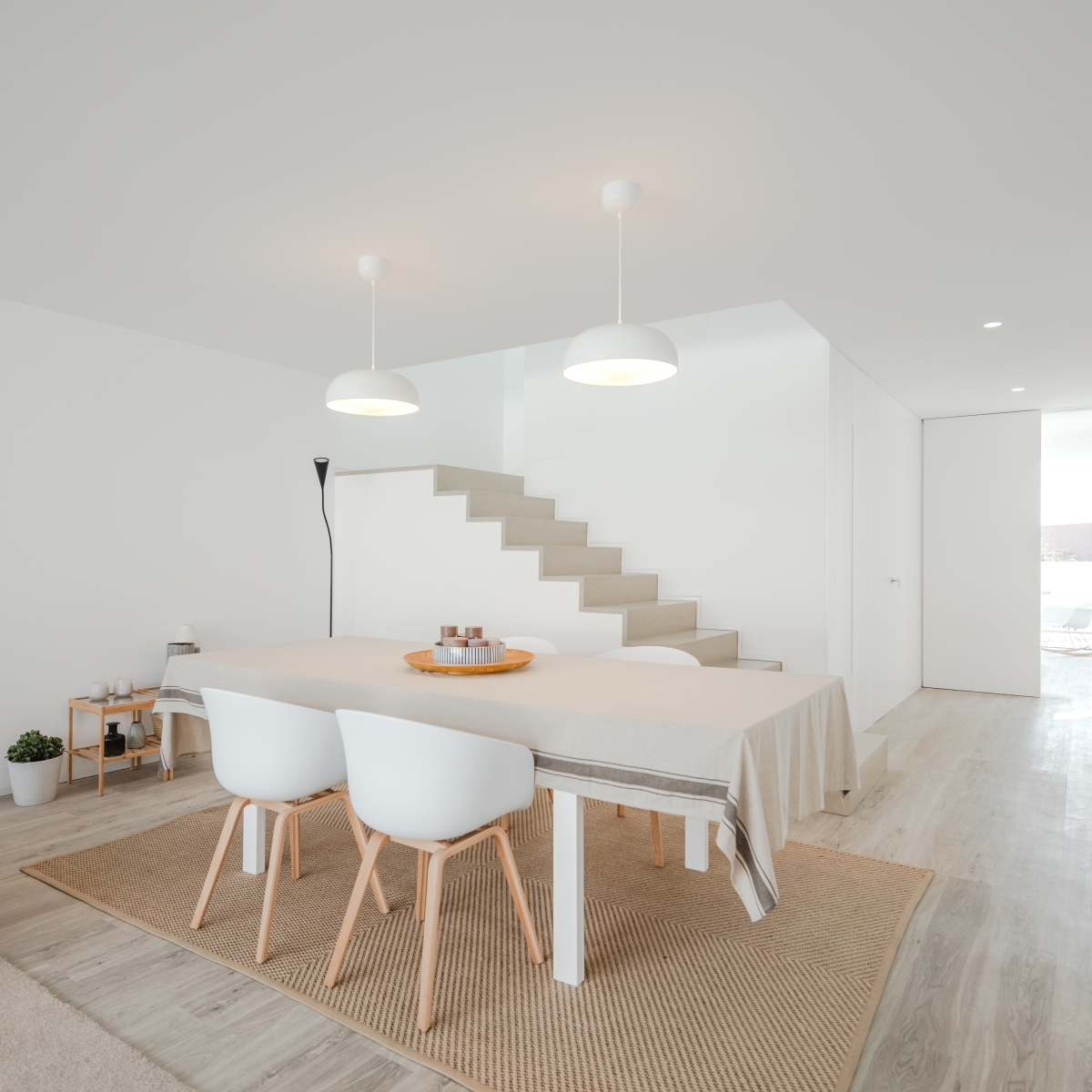 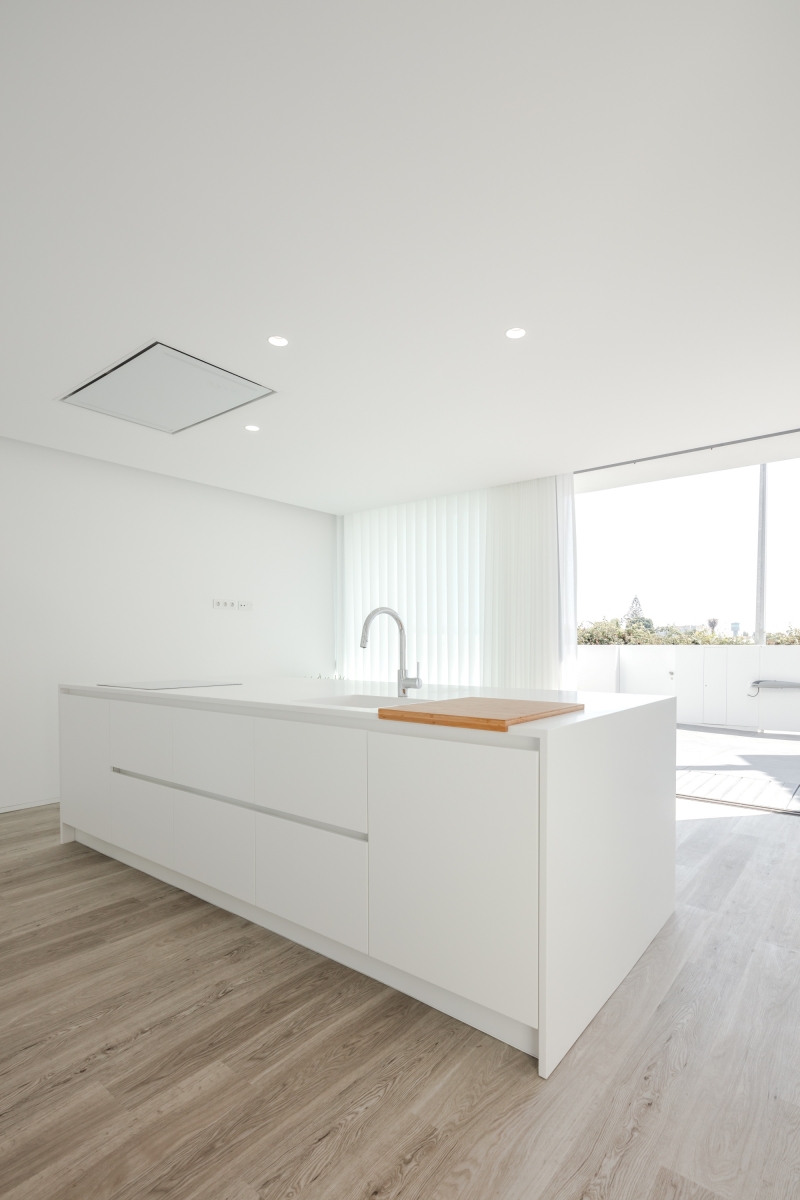 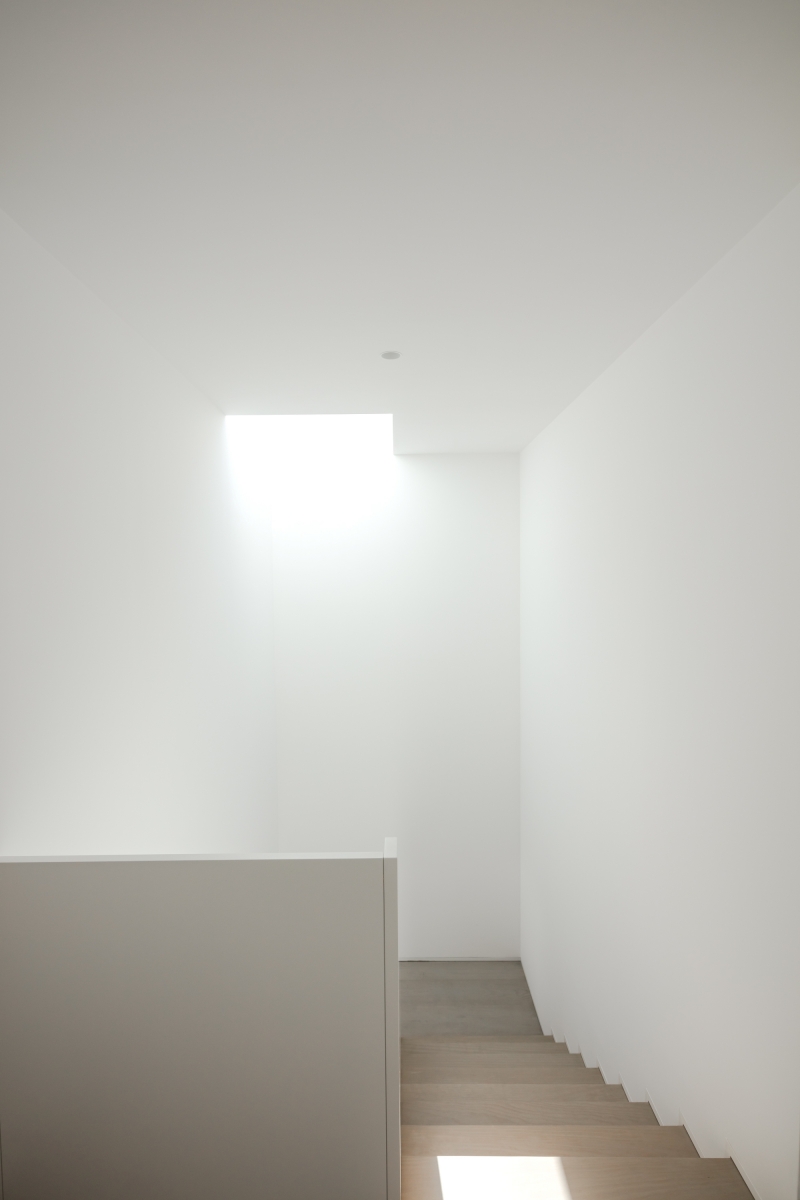 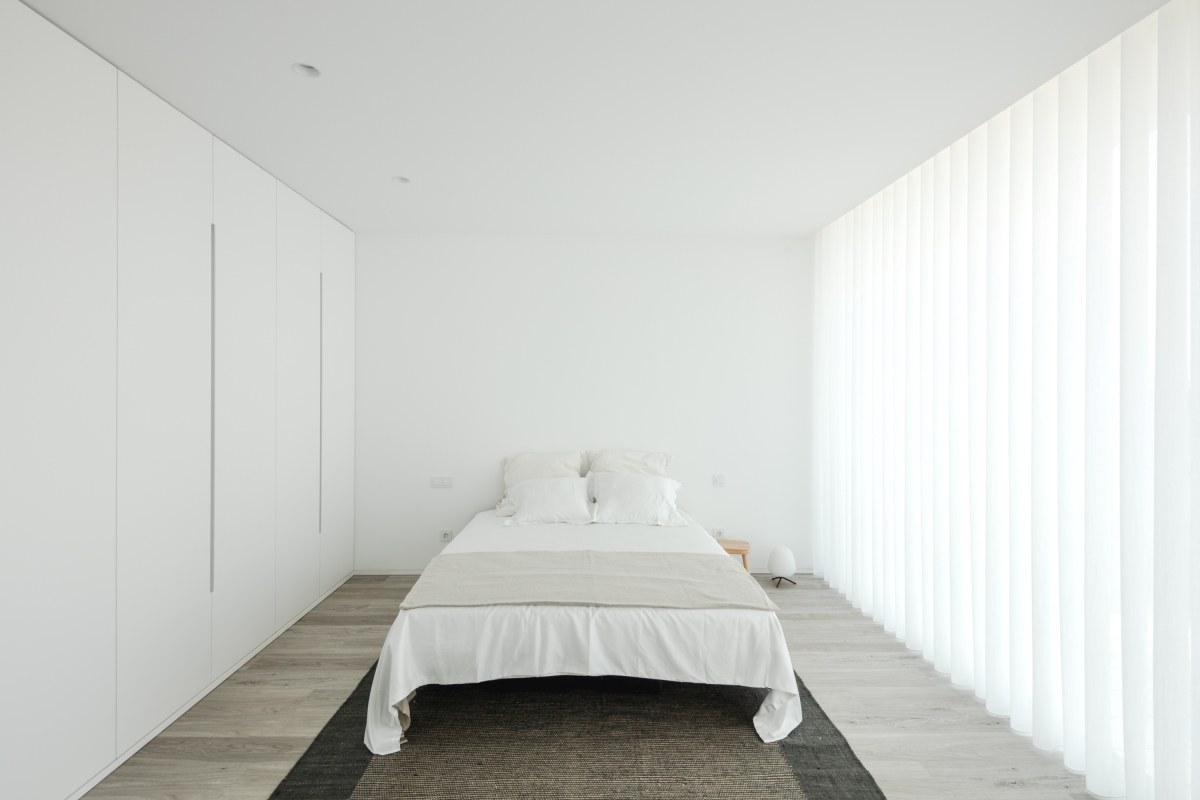 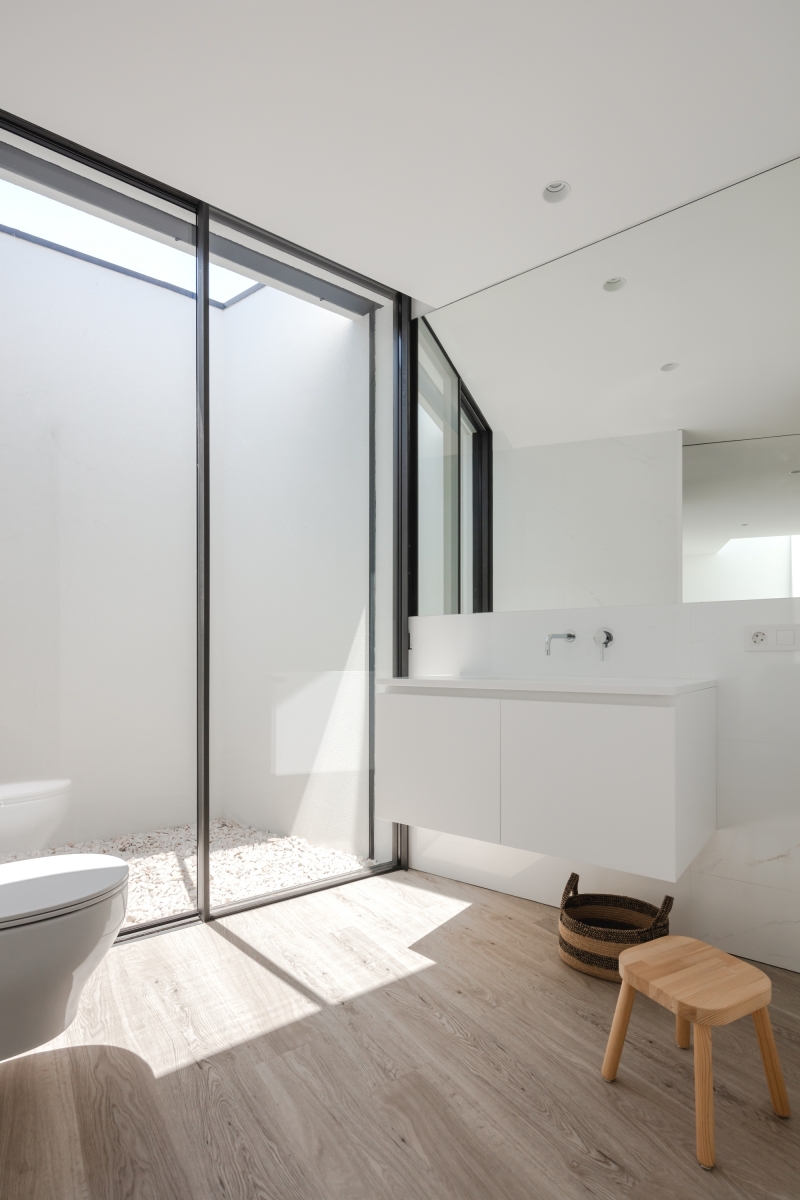 The house is located in an area with different housing types and a small warehouses. The lot is very narrow next to the street and allows the construction of two floors. In the lower floor we have the kitchen, the dining room and the living room. In the central zone we have the stairs, a bathroom and a laundry. Upstairs, we have two rooms with a balcony and a bathroom with a patio. On the main front we have the suite, with a bathroom illuminated by a skylight. Outside of the house is all white, to better define the shade, as well as in the inside, allowing the floating floor exalt its design.

Bio Raulino Silva lives and works in Vila do Conde, Portugal, where he was born in 1981. Architect by the Escola Superior Artística do Porto, he has an architecture office in Vila do Conde since 2011, where he works with his team of architects, in several single-family and equipament projects. He participated in the Architecture Workshop in Bergamo, organized by Facoltà de Architettura in Milan. Raulino was invited to speaker at the Architecture Conferences of the Vila do Conde Memory Center and in the debate on "Quality" in the Perspective Europe in Venice, organized by The Plan magazine.