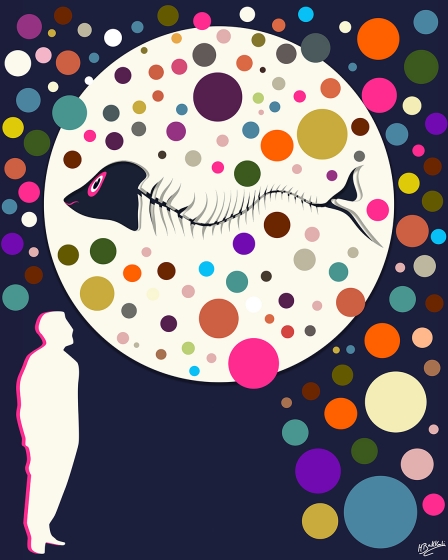 TOO MANY FISH, TOO FEW LOAVES

This image tells the violent competitiveness of a world that is increasingly impoverished of its resources and inequality. The image represents victory of color and energy of hope. This artwork speaks about the problems of our times through color and lightness, proposing an optimistic model of thought a without reducing the the essence of message.

Bio Houda Bakkali is a visual artist based in Spain. Her colorful works are created by combining digital illustration and mixed technique as well as motion graphics and augmented reality. Her art has been exhibited worldwide and her techniques and creative process have been recognized by different magazines & iconic spaces including the Palazzo Bellevue, the Museum of Flowers in Sanremo (Italy), the emblematic Casinó di Sanremo (Italy), the Spain Culture in New York, Paradores Nacionales (Spain) or the House of Castilla la Mancha in Madrid.