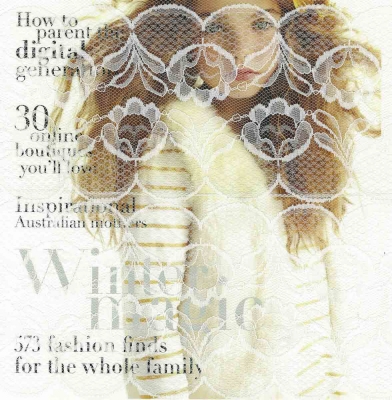 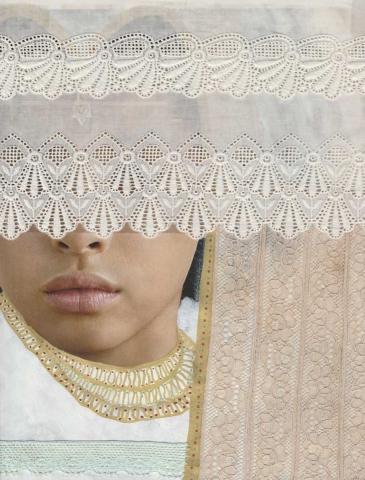 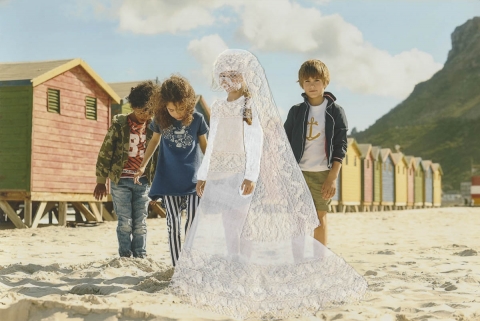 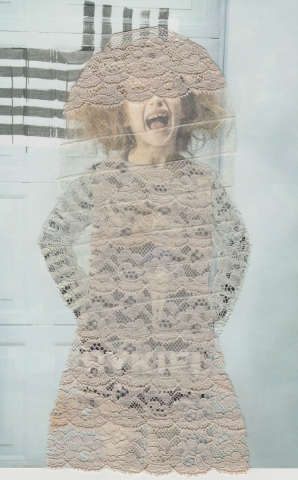 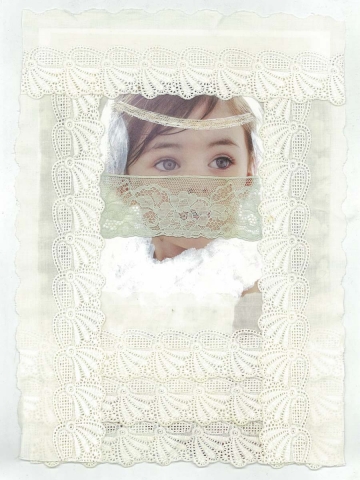 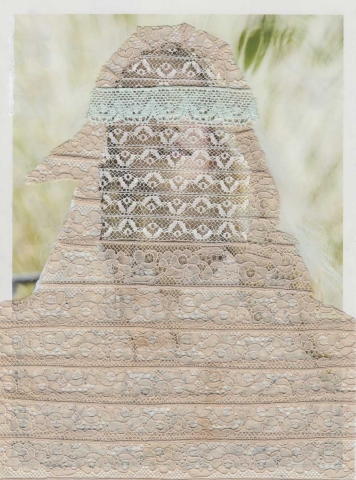 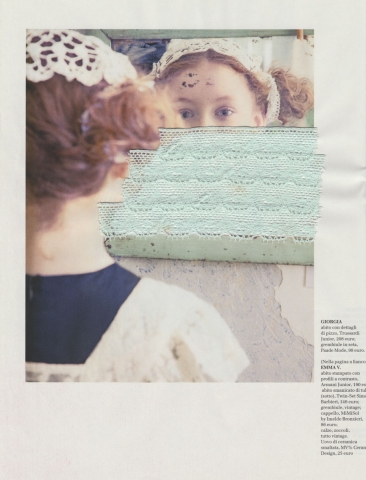 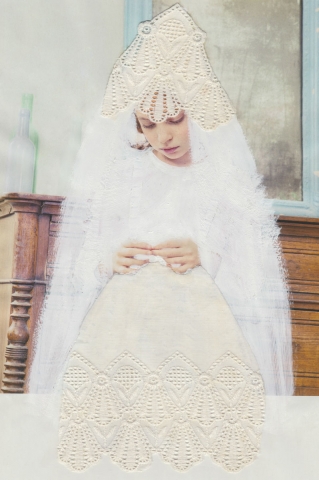 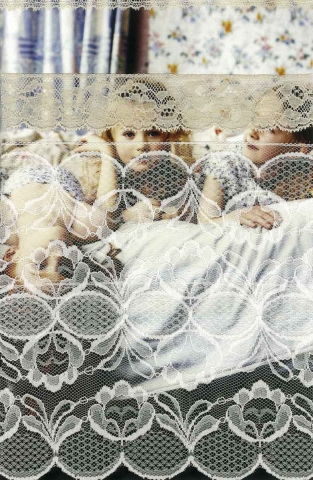 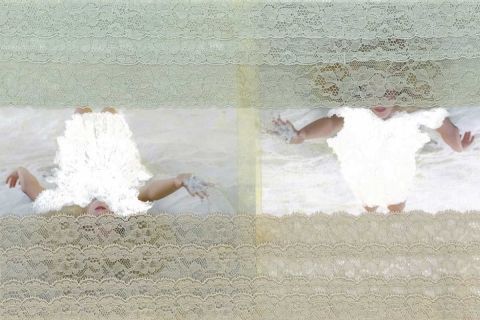 According to estimates by the United Nations Population Fund (UNFPA), 13.5 million girls worldwide each year are forced to get married before turning 18 years old with men that are much older than them: 37,000 girls every day to whom, in fact, childhood is denied." I took some photos of very young models from some fashion magazines and I dressed them, with a box of old laces that my mother has always guarded for me. I wanted to transfer the idea of a denied, violated childhood on the advertising that we see on a daily basis, that references to a completely different world.