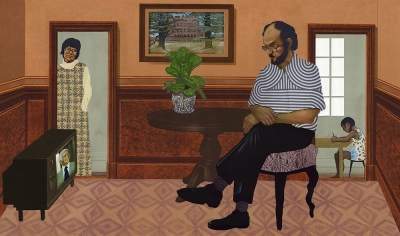 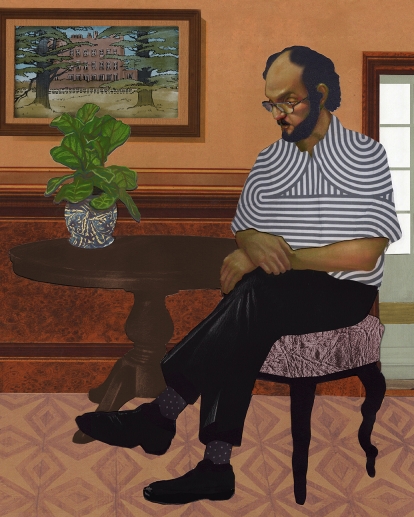 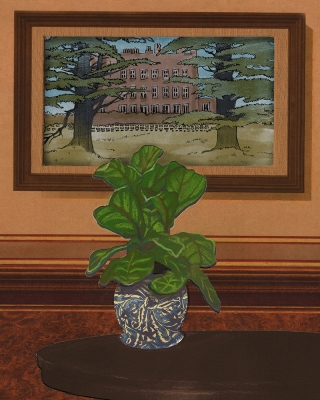 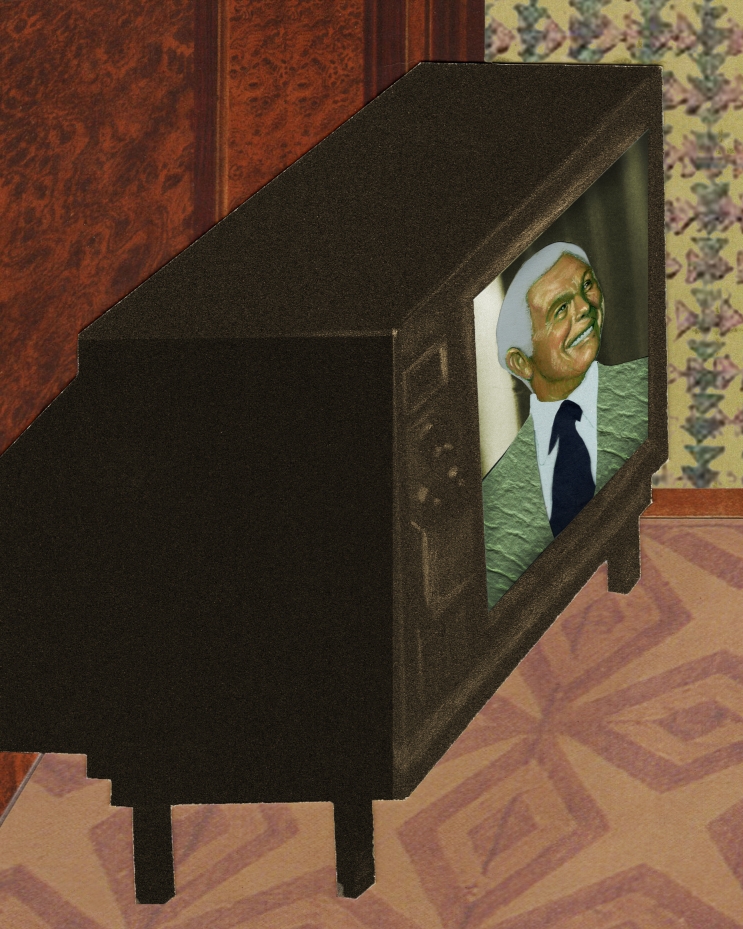 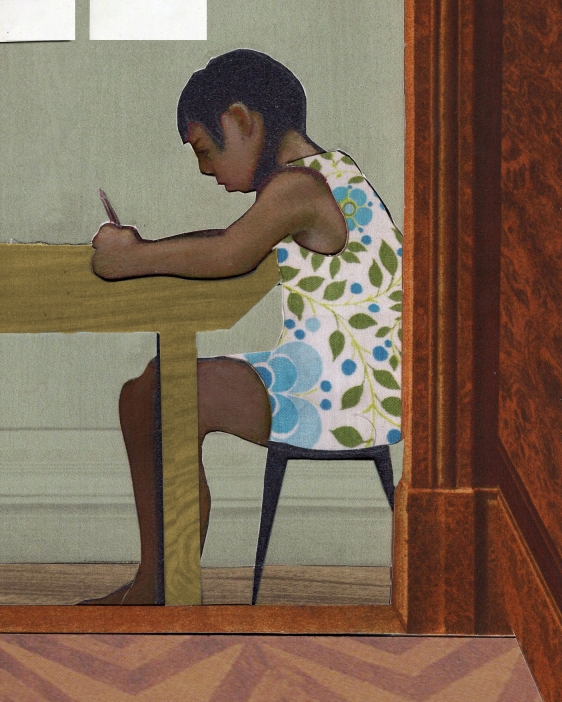 This image was created in a travel abroad class called London: Ancient/Modern. The focus of the class was for students to develop projects centered on a subject that connects England and the United States. For this project I chose American director Stanley Kubrick. Relocating to England from America in 1969, Kubrick maintained a strong connection to the USA while in the UK. In this image, Stanly Kubrick watches Jonny Carson at home in Hertfordshire, UK. Kubrick's life was a cross pollination of American and English culture. A detail of a painting by his wife Christiane hangs on the back wall.