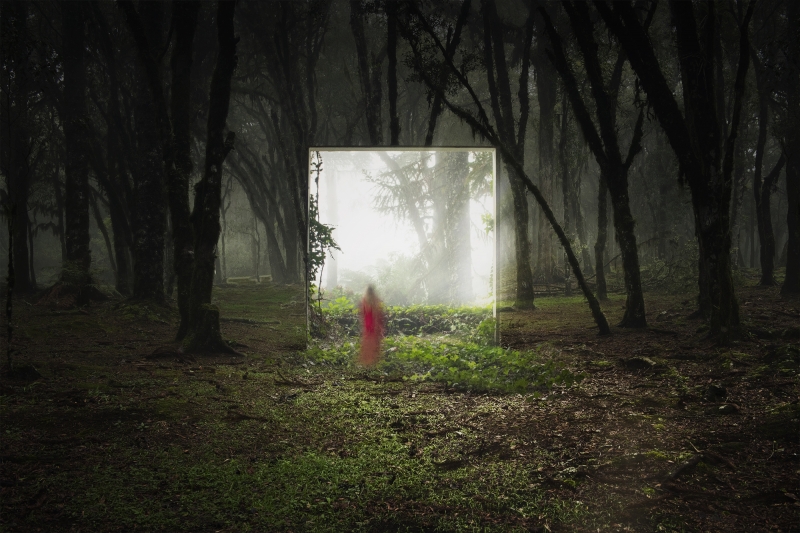 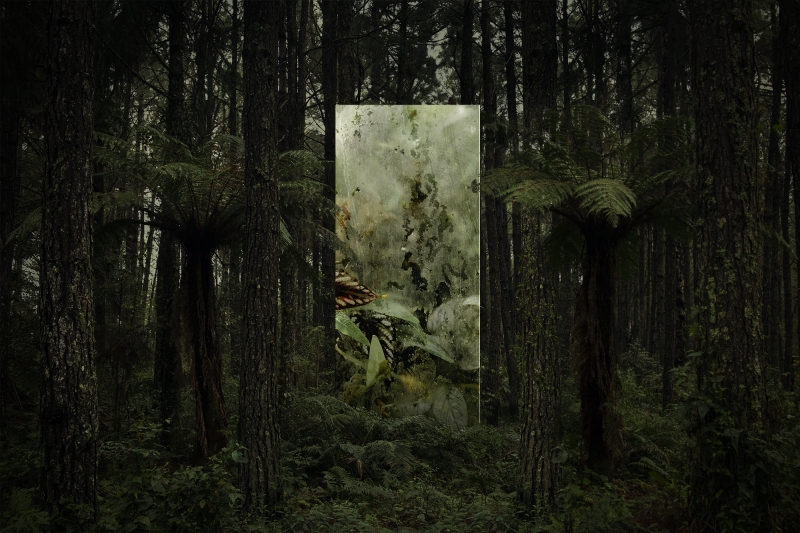 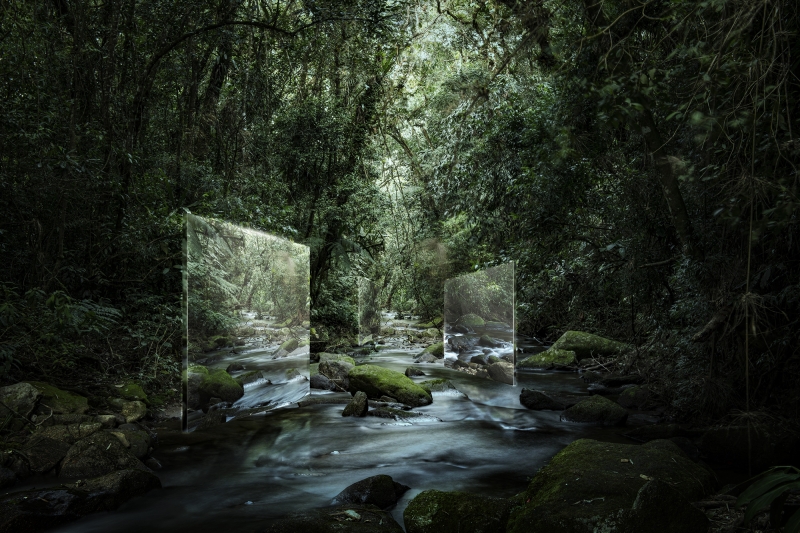 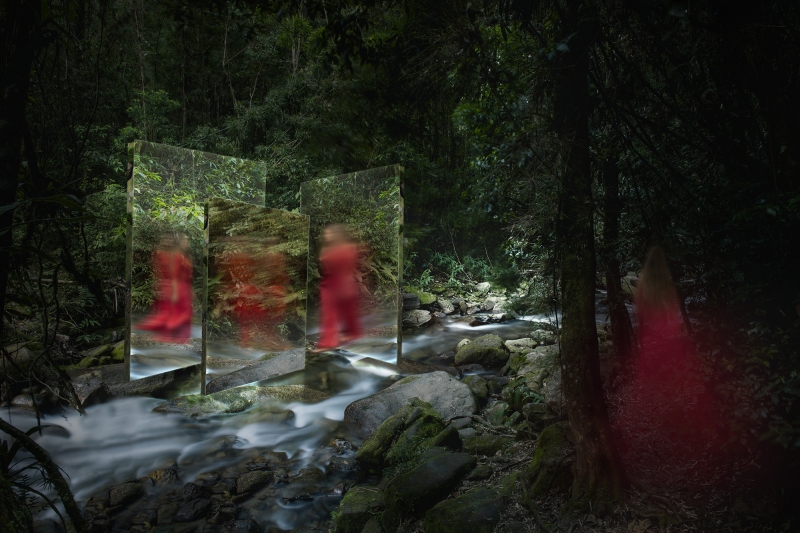 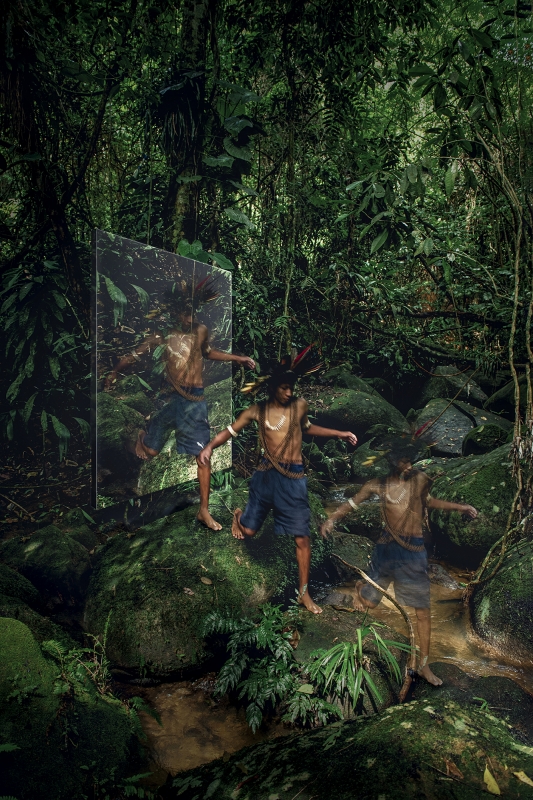 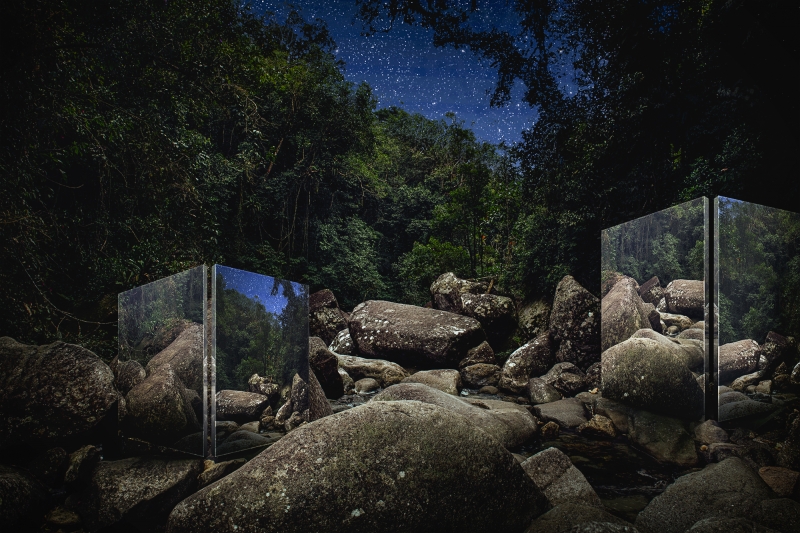 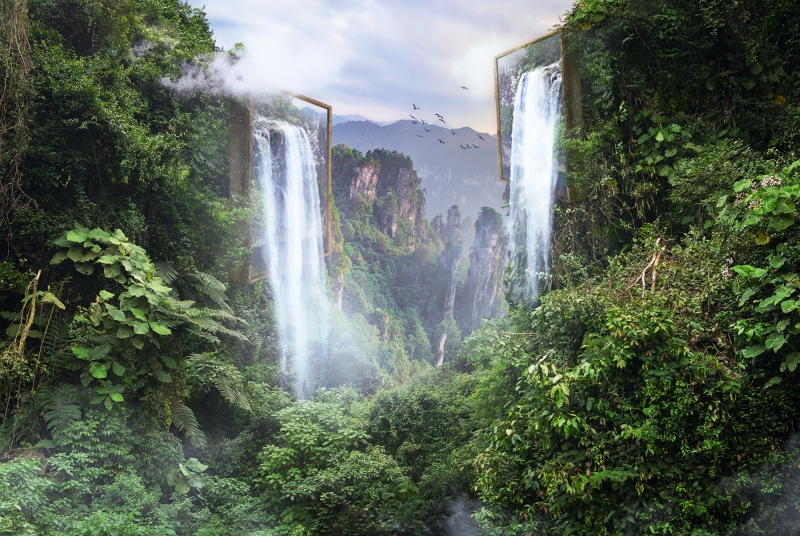 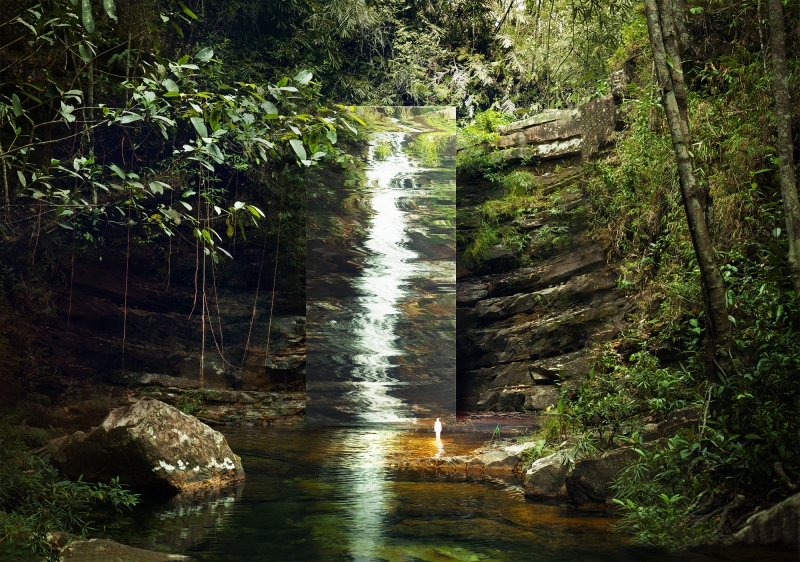 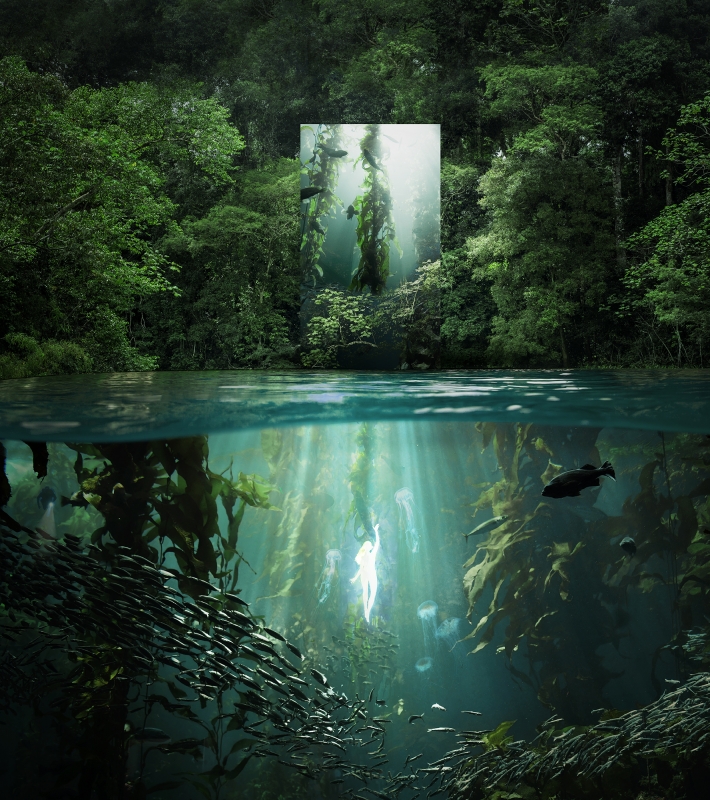 Only Yanomami shamans can see the spirits that dance in the forest on massive mirrors that cascade from the sky. Inside the forest, alive and present, there is much more than the waking human eye can conceive. Amidst the dense vegetation, unexpected mirrors open paths to other dimensions, revealing paths unknown until then. A forest appears within a forest, within another, and another - proliferating a landscape that points towards an unknown infinity. The image is endless. The forest finds itself between frames, but also escapes to other places that can be visited through dreams.

Bio Betina Samaia (b. 1964) is a Brazilian photographer, with a degree in Psychology. Through her work, she is interested in exploring the unconscious. She has been influenced by Surrealism and Impressionist painters: subtle lines and contours, strong colors, images that go beyond what we see – combining reality and imagination. She’s the author of four photobooks and has had exhibits in the U.S., France and Brazil. She is represented by Arte 57 Gallery in São Paulo.