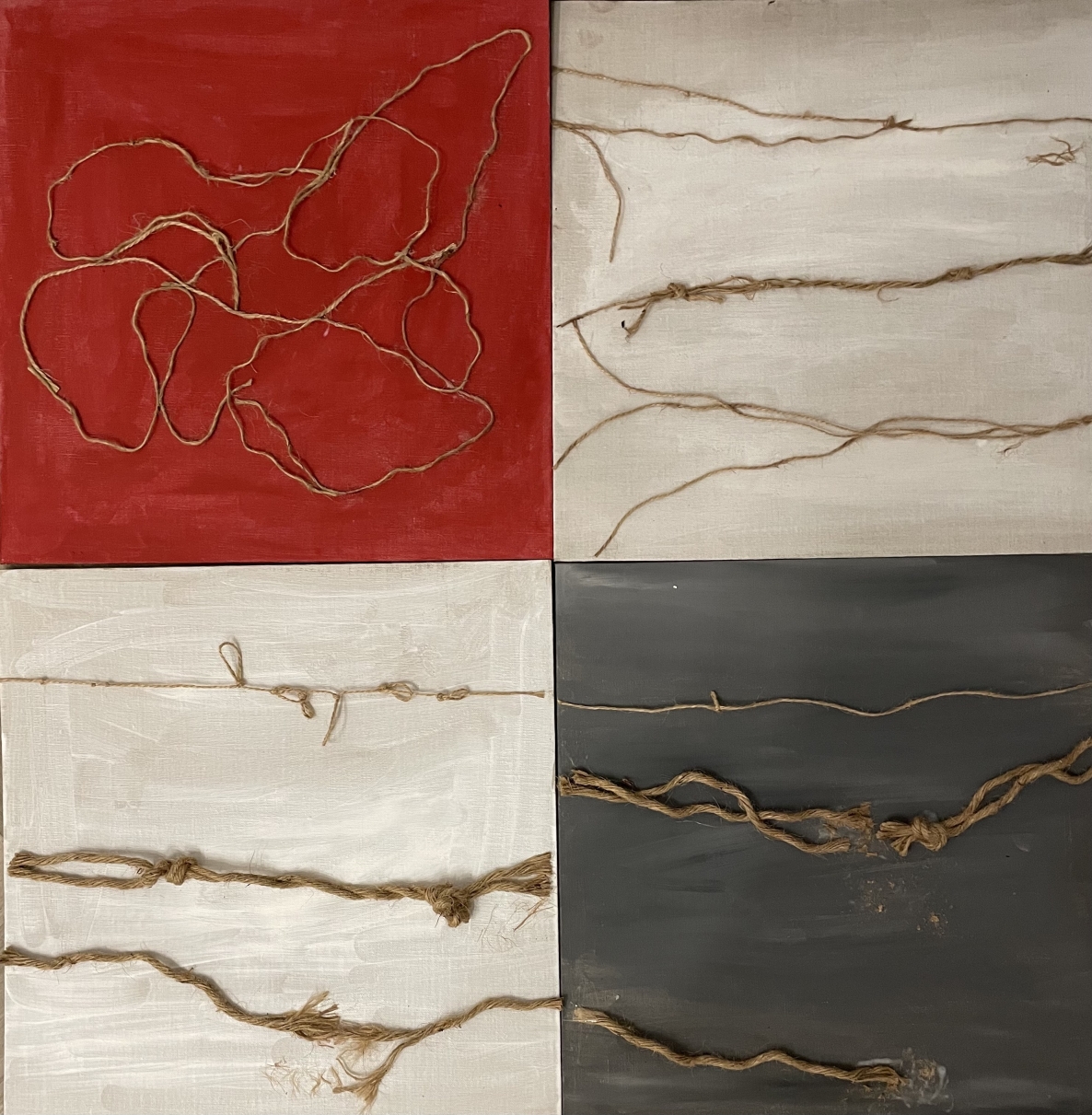 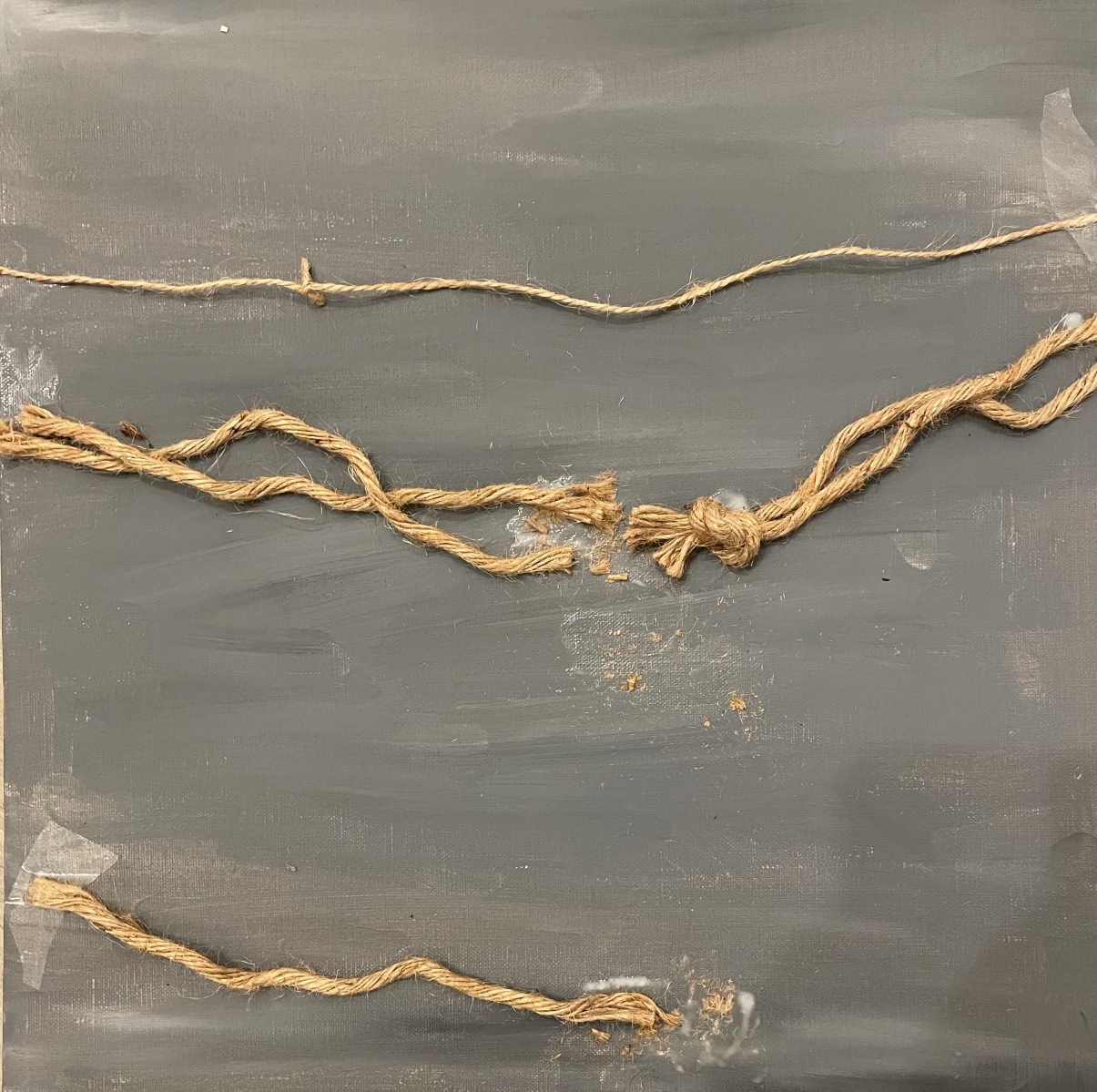 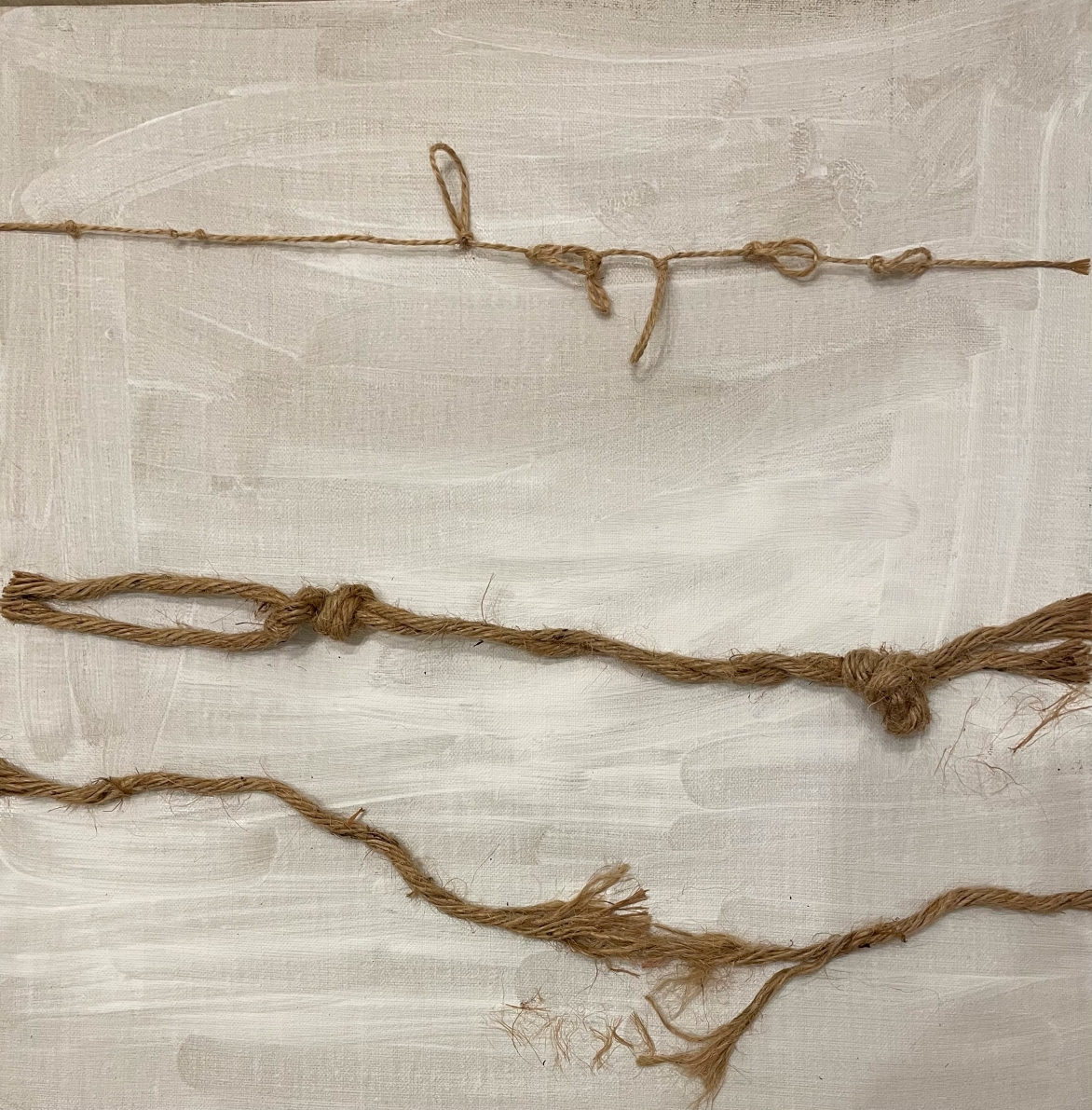 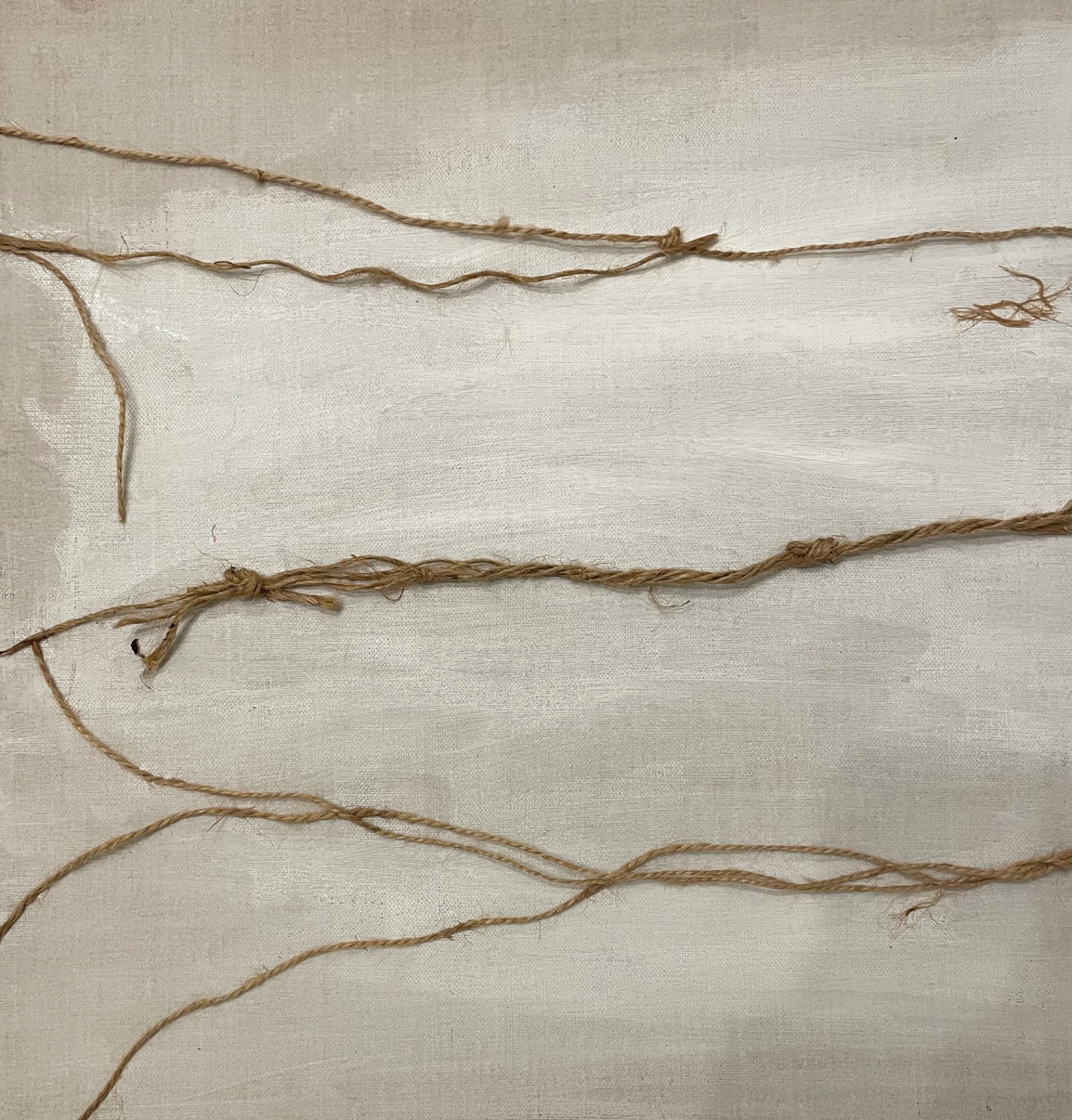 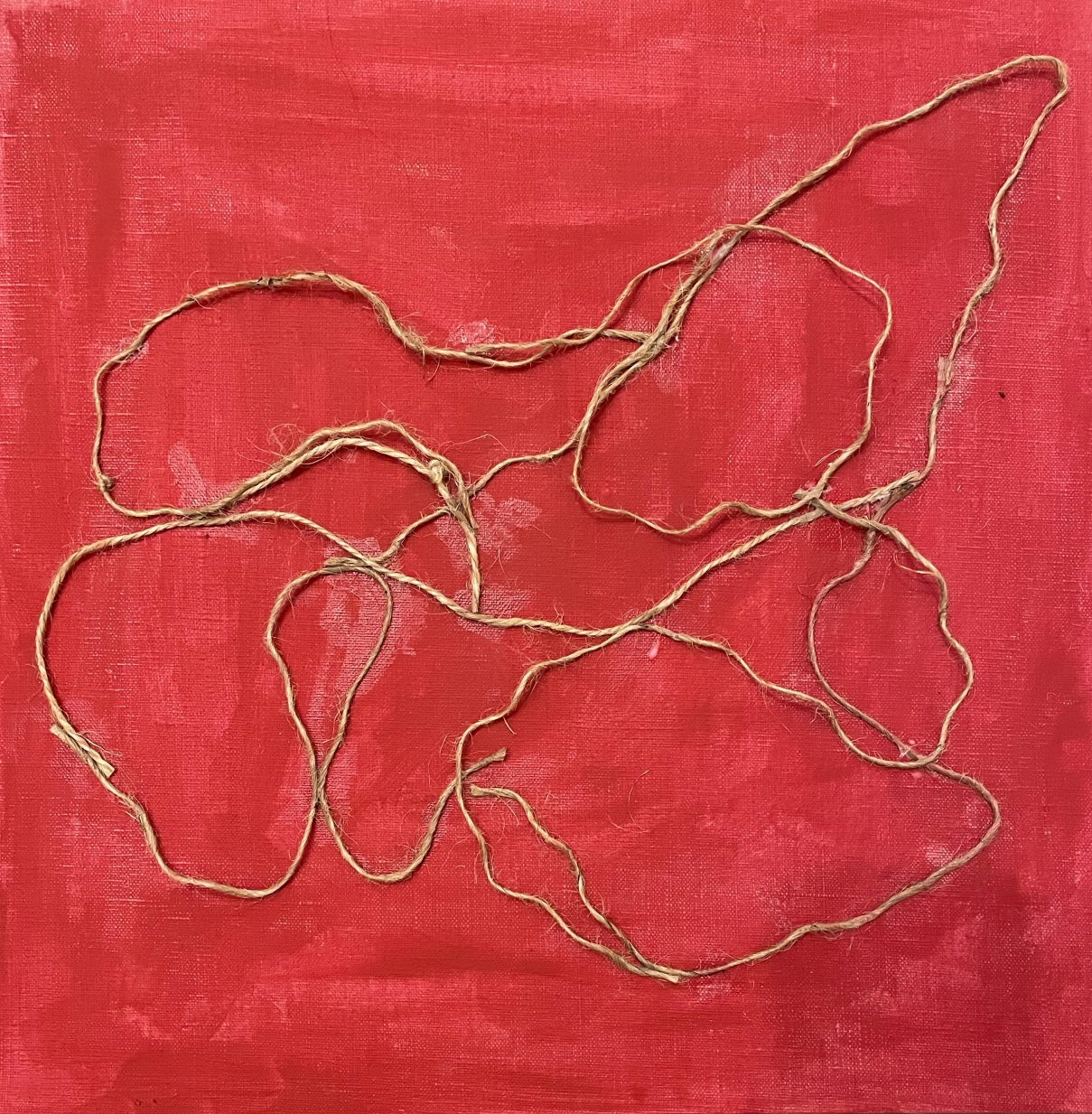 This series of paintings I want to express people's feelings under the epidemic. I chose red for the first picture, which represents the panic and fear of all people at the beginning of the epidemic. The second picture and the third are white, which represents a different kind of anxiety in the period after the outbreak began. Some are on the verge of breaking, some are hanging on, or are tied in knots. In the last painting, the holding lines eventually snapped, some of them snapped and joined. I want to use lines to express the hardship and collapse of the epidemic. Thicker and thicker lines