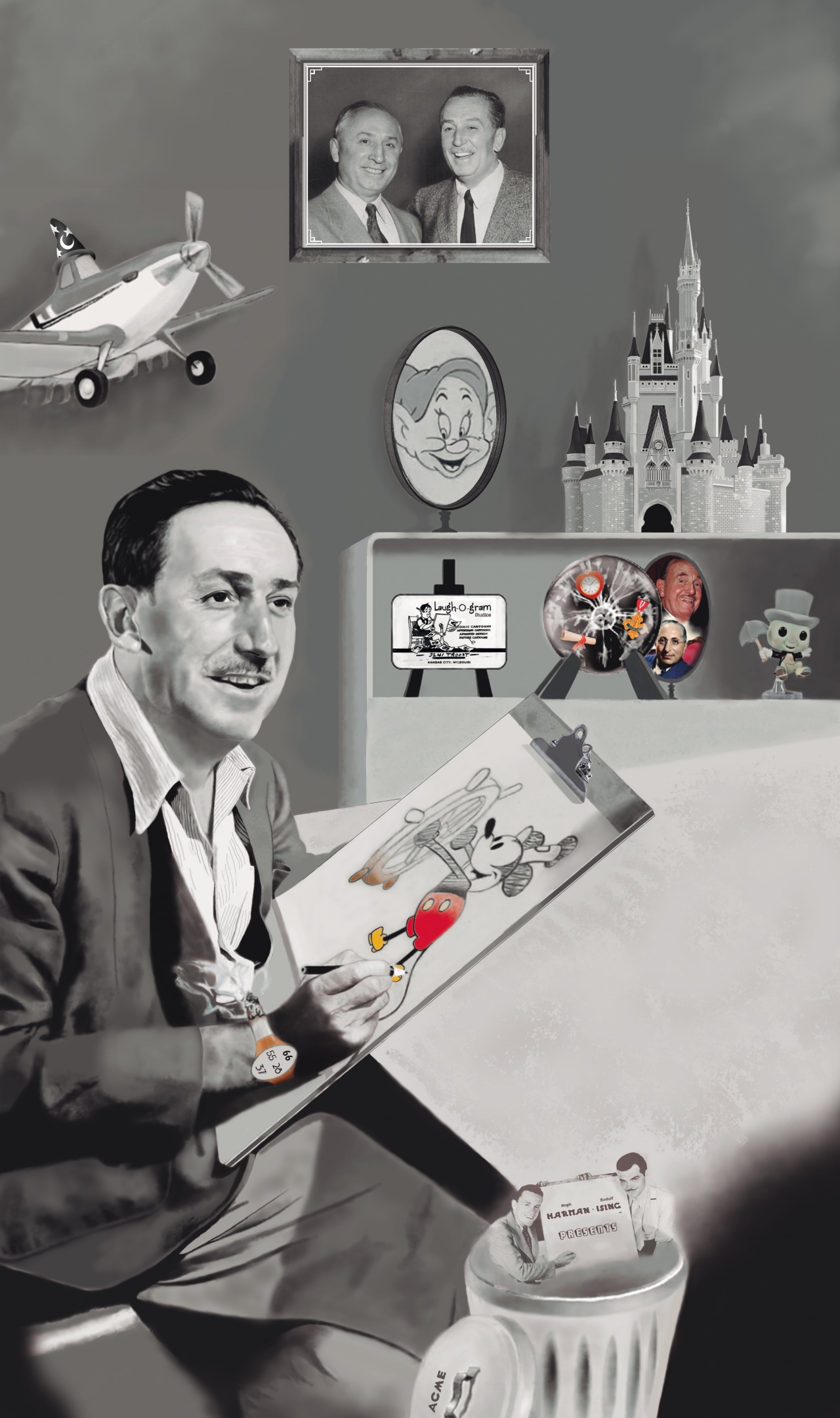 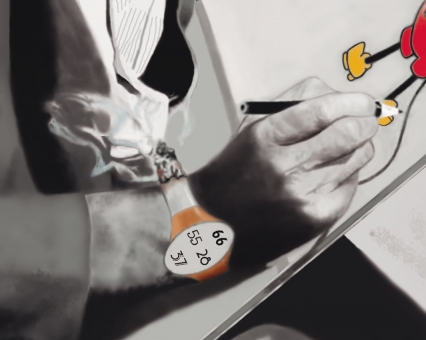 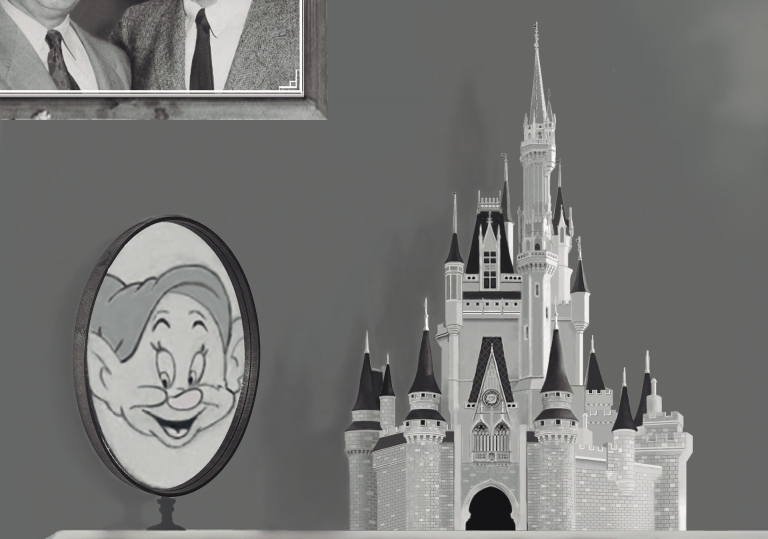 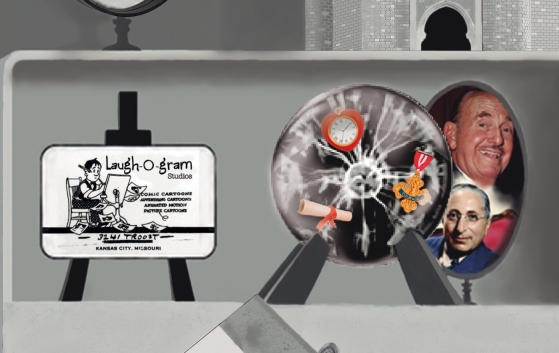 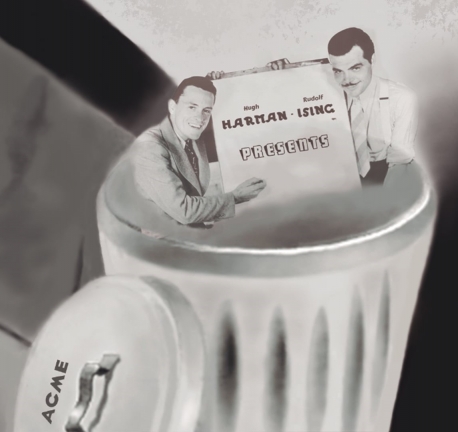 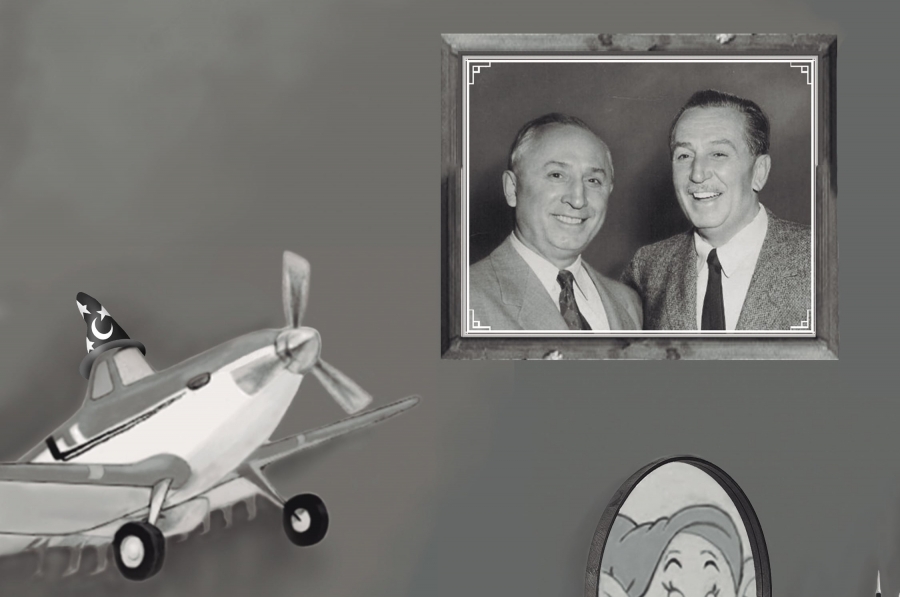 Walt Disney's Legacy: 100 Years in His Own Studio

I made an art which "tells" Walt Disney’s story through objects in his studio: a reference to The Wizard of Oz, the film that Walt had an unrealized dream to produce (however, stories about Oz were adapted by Disney in future, referenced by the EPCOT globe). Jack Warner and Louis B. Mayer are also seen and, in the trash can, there are two animators who worked with Walt and never created successful characters, but created successful studios. Other references include his failed Kansas City studio, his life (finished by tobacco) and current CGI franchises (as a plane from the eponymous film).